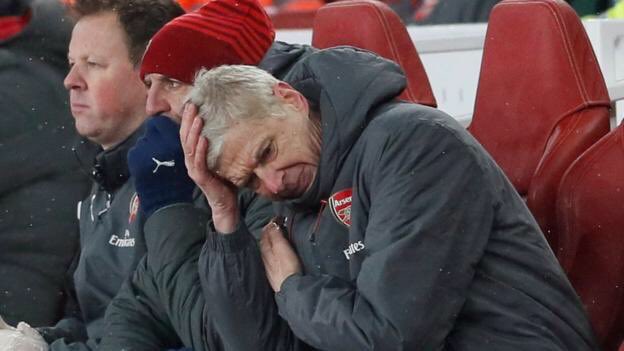 The gunners will be playing against Brighton & Hove Albion on Sunday away from their home ground and this will be a must win match for Arsenal if they want to get into top four.

The gunners will be coming into this match with two successful losses against Manchester City and the team has totally lost confidence which is very bad for a team which still has many more tough matches to come.

Arsene Wenger has revealed his latest plans ahead of their away match against Brighton & Hove Albion;

“Of course [we have a point to prove] you quickly want to gain confidence back, because we play at Brighton and after that, we play straight away in the Europa League. ’ the manager told arsenal.com

‘They are difficult games and you want to respond as quickly as possible.”

The gunners are currently in a detoriating state with them losing un expectedly which is affecting them team’s morale.