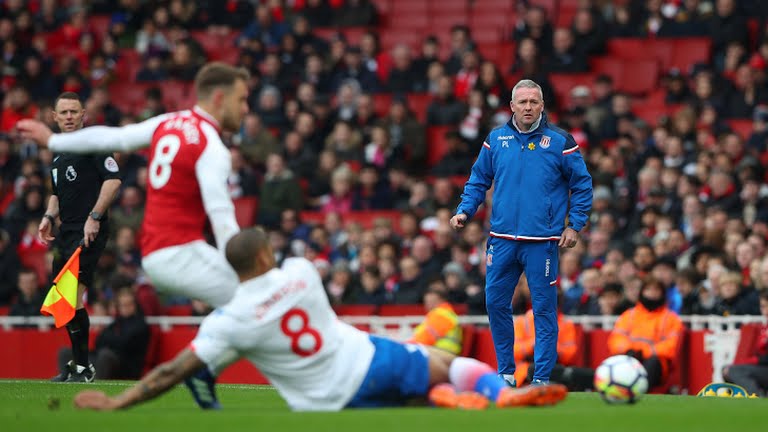 The gunners have welcomed Stoke City at the Emirates Stadium today and the match is currently reading 0-0 on the score board as both clubs have failed to score so far in the first 45 minutes.

The gunners have enjoyed most of the possession but they have failed to make use of it,  as they have had only one  of their shots on target but none of them finding their way into the back of the net of the potters.

Arsenal have also been not that good at the back but they have at least stopped all of Stoke City’s shots didn’t find the target in the first half of the match. This match is a must win for the gunners because they are at a risk of finishing outside the Europa League of they don’t be serious.

The fans will be disappointed if they don’t collect a win today because the club has currently been underperforming so another loss would bring back the critics who believe that the manager must leave at the end of the season.

Analysis: Lacazette Is Back, Did Arsenal Miss Him?