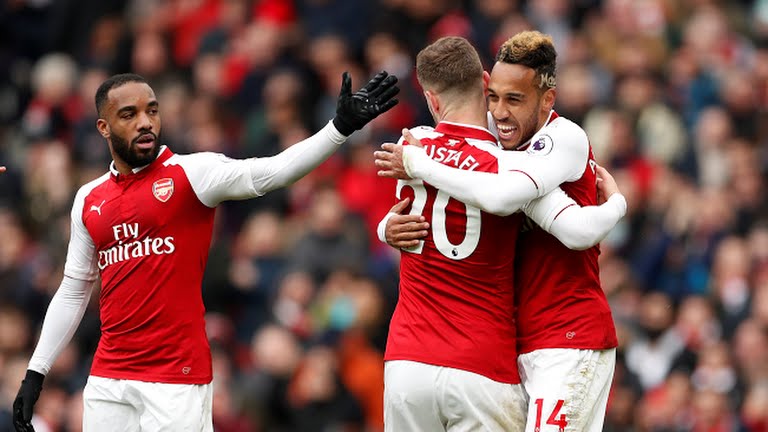 The gunners welcomed Stoke City at the Emirates Stadium today and the first half ended goalless while the Arsenal team was able to score goals in the 2nd half through their striker Aubameyang, and doubled their lead through the 86th minute. Alexandre Lacazette also wrapped up the win in the dying minutes through a penalty goal.

The gunners were worried in the first 75 minutes but were relieved after they netted fifteen minutes from stoppage time through their January signing from Borussia Dortmund and was was their saviour for today’s match. It took the Arsenal almost three thirds of the match to finally find a breakthrough into the match because it looked like Stoke City were ready to seal their goaline until the final whistle. Three goals from Aubameyang and Lacazette were enough to help the gunners seal a comfortable 2nd half win.

This win gives the gunners three points but it isn’t enough to lift them up from their current 6th position as they are still five points short from going into the top five.

– Arsenal team looked frustrated throughout the whole match before scoring the first goal.

– This is the first time Aubameyang scored a double in Arsenal colours.

– This win keeps the hopes of Arsenal finishing in the top five alive.

This has been an entertaining win for the gunners and the fans must have really enjoyed their Easter day.