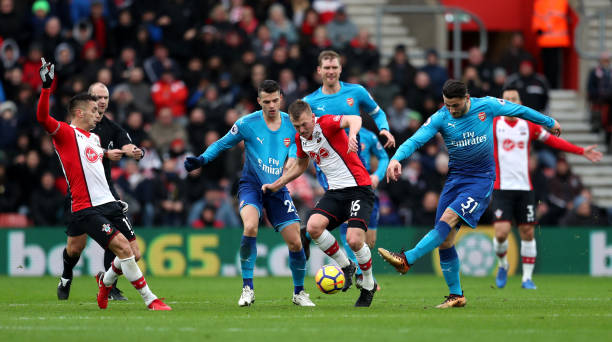 Arsenal will be welcoming Southampton at the Emirates Stadium today and the North Londoners will be hoping to get a win in this afternoon’s tie because they want to finish the season on a winning streak.

The gunners will come into this match with strong determination after winning their last five matches convincingly including two wins against European giant AC Milan who they defeated to the surprise of many people including football analysts who thought that Arsenal was going to lose.

The gunners take on the Saints today at their home ground and the gooners will be hoping that they obtain a win because Southampton have always been a team that gives Arsene Wenger‘s men a hard time due to its defensive type of play that frustrates the Arsenal team but the fans will be confident because the club has good attacking quality that can be able to terrorize any defense.

Southampton have won once, lost twice and drawn two in their last five matches so they will be hoping to beat the Arsenal team in order to escape the relegation zone because they are in the 18th position.

The match takes place today at the Emirates Stadium at 14:15 GMT.