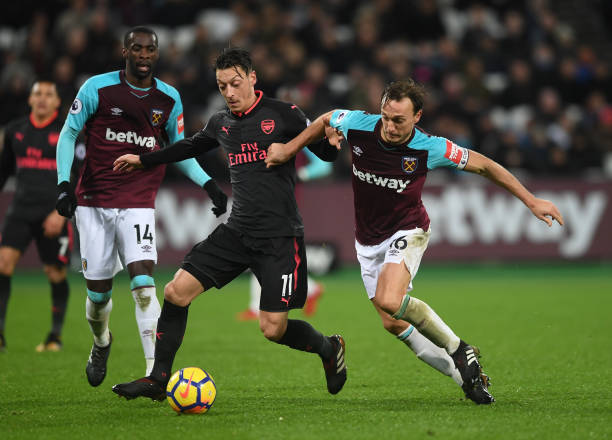 The gunners will be playing against West Ham United today at the Emirates Stadium as the team looks to begin to start Wenger’s send off with a winning streak which starts by beating the hammers.

Arsenal comes into this match hoping to make things right after their disappointing defeat against Newcastle United last week on Sunday which has made their 6th position in danger because Burnley are just two points from reaching to the gunners.

Arsene Wenger announced that will be retiring at the end of the season so he will be making sure to take every match preciously because it’s his last time he will be with the club, fans am the staff but most importantly he will be hoping to leave when the supporters are very happy.

West Ham United are currently in the 14th position so it would be a big embarrassment if the gunners lost to them today because it would be a bad impression to lose against a lower table team when they will be facing Spanish giants Atletico Madrid.

As you can see, West Ham United have only won once in their precious five matches which proves that they have been off form in the past few weeks.

The match takes place today at the Emirates Stadium and match will begin at 13:30GMT.