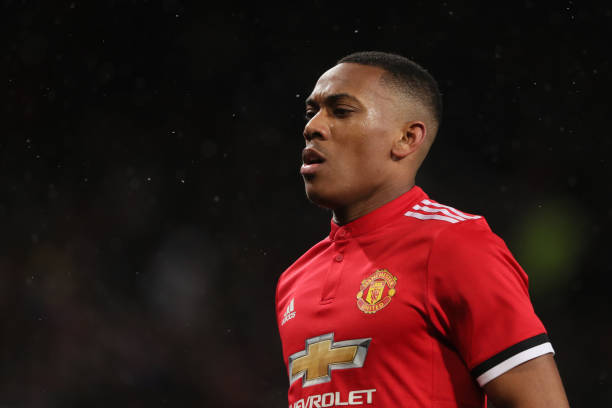 As the 2017/18 Premier League season draws to a close, the 2018 world cup looks set to follow and after that, comes the summer transfer window.

Across the British isles and north of London resides Arsenal‘s great rivals, Manchester United and their 22 year old forward, Anthony Martial. The frenchman has been heavily linked with a move away from Manchester United and Arsene Wenger, according to reports has been a long time admirer of the young forward.

The striker has struggled for form and fitness under Mourinho this season, although he remains one of United’s most prolific forwards despite an apparent lack of trust from their manager Jose Mourinho and the arrival of Alexis Sanchez in a swap deal in January.

Arsenal have shown a good relationship with Manchester United in the transfermarket in recent years, with Robin Van Persie, Danny Welbeck, Alexis Sanchez and Mkhitaryan all moving between the two EPL giants in recent years.

Anthony Martial, who is on Arsenal’s transfer radar looks like he might be the next man on the move, but how will he fit in?
HOW WILL HE FIT IN?

Anthony Martial is a player that excels at cutting in from the left, taking on players, looking to link-up with the central midfielders and a key eye for a goal. With Aaron Ramsey, Mesut Ozil and Mkhitaryan to link up with, the frenchman might be devastating.

The mesmering youngster, despite the recent questions about his attitude excelled in his first season at United, scoring 17 goals under then United manager Loius Van Gaal. He has slightly regressed under Jose Mourinho, but it is a well known fact that the striker excels when giving the freedom to attack the opposition. He will certainly fit in with Arsenal and Arsene Wenger’s free playing style, unlike Jose Mourinho who prefers to keep his attacking players in check.

WHERE WILL HE PLAY?

Alexis Sanchez’ departure to Man Utd in January means Arsenal no longer have a genuine wide forward. Although Mkhitaryan, Ozil, Iwobi and Welbeck are all capable of doing a job, all prefer to play through the middle.

Where will Anthony Martial play if he joins Arsenal? Simple. The frenchman slots right into the Left forward role as a direct replacement for Alexis Sanchez, with Ozil, Mkhitaryan, Aubameyang, Lacazette and Ramsey probably occupying the other attacking roles.

The fact the forward has history of playing in 4231, 442, 433 and 3-man backline formations makes it a bonus for the Gunners.

It remains to be seen if Arsenal can tempt Martial away from Manchester United, but it promises to be a match made in heaven if he joins.

Talking Points Ahead Of Today’s Press Conference Of Wenger