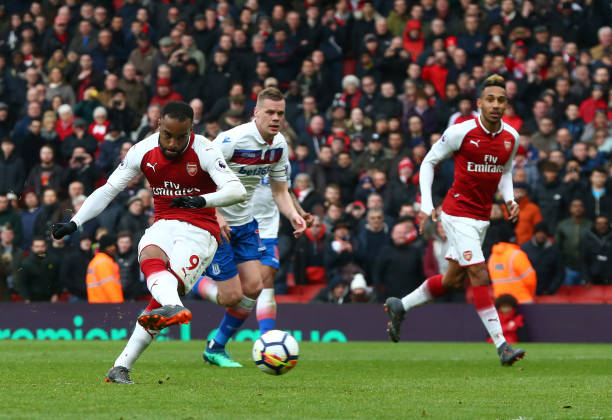 Alexandre Lacazette has been on the sidelines for two months but the Frenchman returned back to the Arsenal squad last week.

The striker kicked a ball for the first time in two months on Sunday in the Stoke City match after he was brought into the 2nd half. The player was very good in those few minutes he played because he even scored a penalty goal, the fans are excited about his return because they will now always have an option if Aubameyang isn’t available.

Lacazette has however scared the fans as he posted a picture of his wounded leg with a caption saying “ Welcome back Laca with a laughing emoji.”

The gunners will be hoping that the striker stays fit until the rest of the season because they will need his services in the Europa League because the manger’s first choice striker Aubameyang isn’t eligible to play in the European competition this season.

Mustafi Sends Message To Gooners Ahead Of CSKA Moscow Match