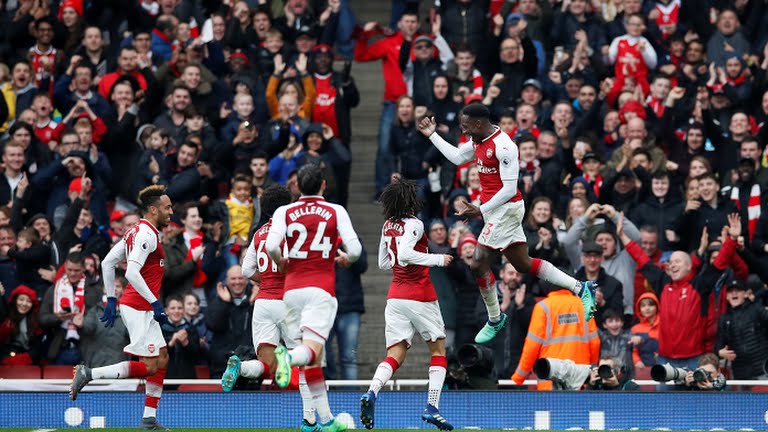 The gunners welcomed Southampton at the Emirates Stadium today and the Arsenal squad beat the Saints thanks to goals from Danny Welbeck and Aubameyang.

The gunners started off the match with strong confidence because they had won the previous matches successfully but were surprised by the Saints who were the first to put the ball into back of the net through their forward Shane Long who scored in the 17th minute. The gunners then went on to equalise through their January signing Aubameyang and Danny Welbeck doubling their lead just before half time.

The gunners looked like they were gonna win the match with a 2-1 lead but were stunned in the last minutes of the match after the Southampton team equalised through Austin who has always been scoring against the gunners in the times the two clubs meet. Just when everyone had lost hope, the gunners finally regained their lead through Danny Welbeck thanks to an assist from Alex Iwobi with the Nigerian international finishing off the match with 2 assists.

The Arsenal team made a stand after the gunners scored the third goal because they knew that they were going to share the points if they don’t hold off the desperate Saints who were eagerly wishing to score an equaliser before the refree blows the whistle but they failed.

There was some drama in the last minutes of the match as Arsenal midfielder Mohammed Elneny got a red card a few minutes before the refree blew the whistle.