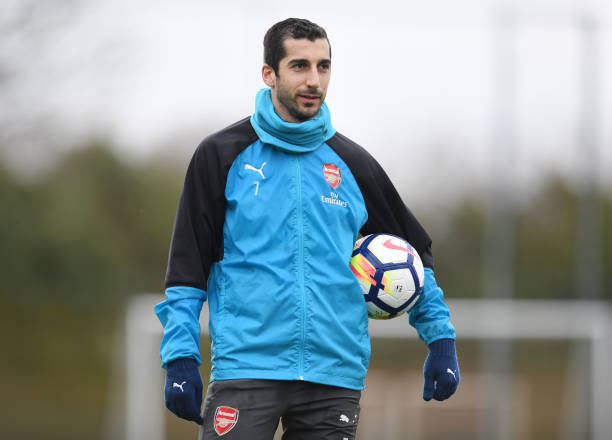 Arsenal midfielder Mkhitarya arrived at the Emirates Stadium in the January transfer window after the gunners made a swap deal with Manchester United as their then gunners midfielder Alexis Sanchez went to the red devils.

Mkhitaryan has fit well into the Arsenal set up because he likes the playing style of the gunners because it’s the type of football he knows. The Armenian international came in as a legend replacement for Sanchez who had left the club for United but the 29 year old has quickly made the gooners forget about the Chilean international quickly.

“I joined Arsenal because Arsene Wenger wanted me not because he wanted to replace Sanchez. We are different players and different characters, with different abilities and skills so I will try my best to do everything for the club.” said Mkhitaryan.

The gunners didn’t mourn the leaving of Sanchez as it was expected towards the opening of the January transfer window but it seems that they are quite happy that Arsene Wenger was able to pull off a swap deal with Manchester United as Arsenal obtained Mkhitaryan who has impressed the fans in the first few months he has been with the North Londoners.

Mkhitaryan is currently on the sidelines after getting a ligament problem two weeks ago when the gunners welcomed CSKA Moscow at the Emirates Stadium but the manager confirmed that the Armenian international was going to be back in two weeks because he is working hard in his rehab.