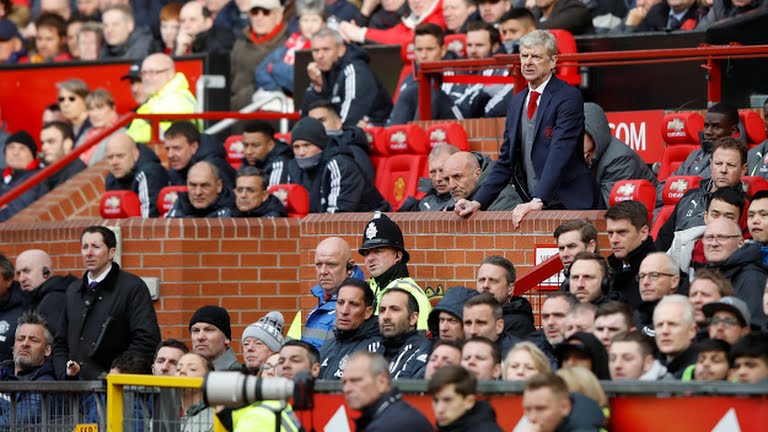 Arsene Wenger recently announced that he would be retiring at the end of this season and he today went to the Old Trafford for the last time as an Arsenal manager.

The gunners travelled to Manchester to face the red devils today and were defeated 2-1 thanks to a late goal from Fellaini to gift Jose Mourinho’s men the three points. The manager however was surprised by the special farewell the Manchester United fans gave him and was also stunned to see former Manchester United manager Sir Alex Ferguson give him a gift as he paid his tribute to him.

Arsene Wenger was very happy with what they did and thanked them for their kindness;

“It was just another game for me but I am very grateful for the gesture from Manchester United befor the game, it was very classy of them.” said Wenger after the match.

Arsene Wenger probably went home a happy man even though his team lost the match, he was very happy that some people cared about him and what happened today proved that.