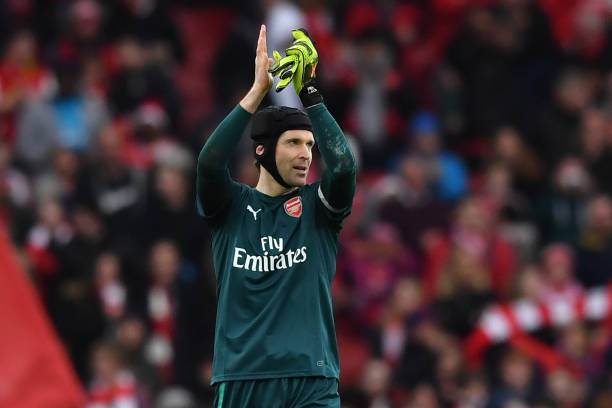 Petr Cech has been the number one goalkeeper of the North Londoners for the past three seasons after signing him from Chelsea in the 2015 summer transfer window. The goalkeeper will finally be wearing the no.1 shirt next season after it was announced this week.

It is no secret how Arsenal performed poorly in the 2017/18 season because they were conceding many goals at a high rate with Petr Cech being in-goal in most of the Premier League matches of Arsenal which has made the fans doubt if he can still be trusted in the up coming season. We are going to look at an overview on how the Czech Republican international performed last season and if he can still lead Arsenal to glory next season.

As you can see, the all time clean sheets record holder Petr Cech made only 8 clean sheets in the past season and the Arsenal fans are not happy about that because they believe he has lost his touch because his now 36-years-old but it’s usually normal when it comes to goalkeepers because they usually retire at 40 years.

Is Arsenal Looking For A New Goalkeeper?

There were reports that Arsenal had put a Goalkeeper on their summer transfer window but it seems that the team will now be focussing on the defense since new manager Unai Emery has talked about introducing pressing football at the Emirates Stadium.

Should Unai Emery snub Cech and give chance to David Ospina?

Unai Emery  as Arsenal manager on Wednesday but the new boss hasn’t made any comment on the Arsenal goalkeepers so he will likely be playing Petr Cech as main goalkeeper next season.

Petr Cech is going to his last year at the Emirates Stadium so he will be hoping to get the opportunity to impress in his last season because chances are 20% to 100% in getting new deal next season.

Analysis: Two Reasons Why Arsenal Should Not Sell Calum Chambers