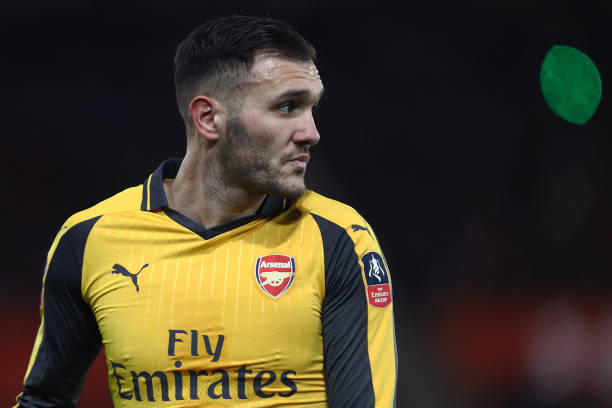 Arsenal signed Lucas Perez in the 2016 summer transfer window and the striker got introduced to the first team right away but he needed to first for his position with Olivier Giroud and Arsene Wenger had decided to be playing Alexis Sanchez as a striker at that time so the Spanish striker had few chances of proving himself to the manager.

The striker played the 2016/17 season and didn’t impress as expected so he was loaned by the gunners back to his previous club in 2017 where has shown an outstanding performance which has caught the eyes of Italian side Lazio who will try to get him in the 2018 summer transfer window.

It’s been reported by Inside Futbol that the striker is being monitored by the Italian side who will get ready to send a bid for the Spanish international when he comes back to the Emirates Stadium in the coming weeks. Most Arsenal supporters do not know that Lucas Perez is still their player because he is now surplus to the squad after the acquisition of Alexandre Lacazette and Aubameyang who are enough to gear up the North Londoners to glory next season.

Lucas Perez was first loved by the supporters when he came to the Emirates Stadium two years ago but he didn’t get enough chances hence ruining his quality according to the fans who say that their manager Arsene Wenger sometimes ruins the progress of a player with one example always being Joel Campbell who was always benched by the French manager despite showing impressive performances when given chances.

Arsenal will certainly accept any bid for Lucas Perez but they will want to ask for more than what they requested from him.

Related Topics:ArsenalLazioLucas Perez
Up Next