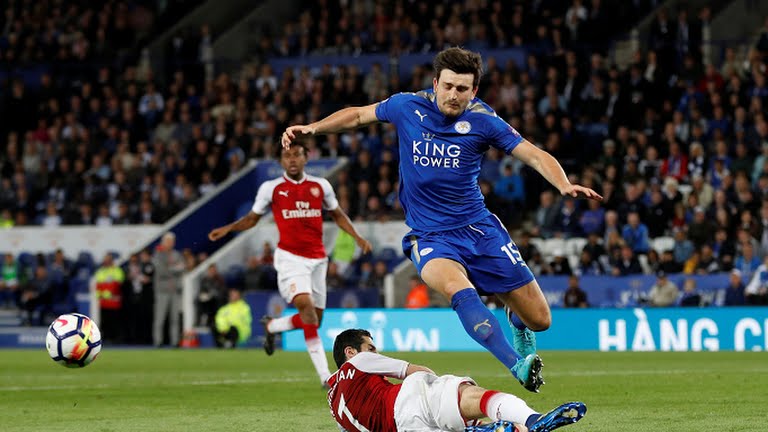 The gunners were hosted at the King Power Stadium today and have been defeated by the home side 3-1 thanks to a splendid performance from the foxes.

Arsenal started the match lively today but the match got out of Wenger’s favour after the gunners lost their defender Mavropavanos got red carded in the 15th minute of the first half which ended 1-0 thanks to an early goal from Leicester City star Iheanacho in the 14th minute.

The second half started a bit well for the North Londoners as they got an equalizer in the 53rd minute through their striker Aubameyang who put the ball into the back of the net to make it 1-1. The visiting supporters received some bit of hope that they were to get something from the match despite playing with 10 men but they failed to hold on as Leicester City regained their lead through Jamie Vardy who scored through a penalty kick.

The day went from bad to worse after Riyad Mahrez scored the third goal for the home side just fourteen minutes after the second which was enough for the foxes to collect all the three points leaving the Arsenal squad in total distress as their away poor record continues.

It seems Arsene Wenger’s penultimate match didn’t go as planned as he has failed to get many away wins this season so it seems the players have failed to keep the departing manager’s departure smooth as possible.