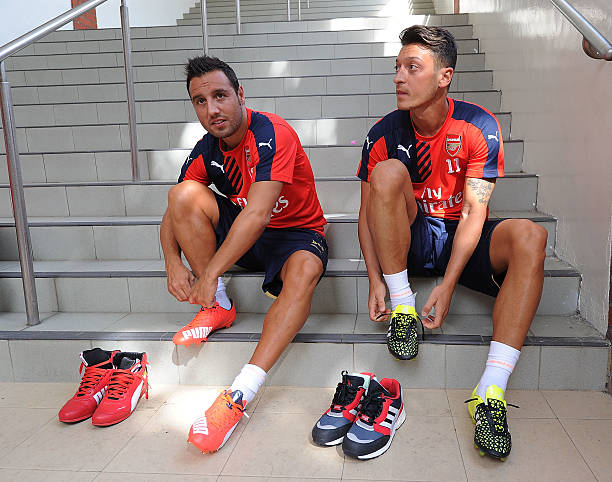 Santi Cazorla has officially left the Emirates Stadium after finishing six years in London but he finally called it quits this year since the club also had decided not to offer him a new deal due to his injury woes.

Mesut Ozil was one of the players who were so much in friends with Santi Cazorla because they even made a great combination when playing together. The German international seemed to have been gutted about the departure of the midfielder.

Ozil took to Twitter to say goodbye to his friend Santi Cazorla who he has been with for years.

“All the best to you in your future, @19SCazorla Sad to see you go amigo! #GraciasSanti #oohSaaantiiiCazooorlaa”

Santi Cazorla has been at the Emirates Stadium for six years but his career at Arsenal has been awful for him despite being a fan favourite because he has got constant long-term injuries which have stopped him from featuring for the club in most seasons.

It is reported that Santi Cazorla will be moving to Villarreal but the reports haven’t been confirmed by both parties but it’s much likely to be true because it was also reported that the Spanish international had snubbed the offer of getting a coaching role at the Emirates Stadium beside the appointed manager who isn’t known for now.

Wenger Reveals One More Reason Why He Left Arsenal