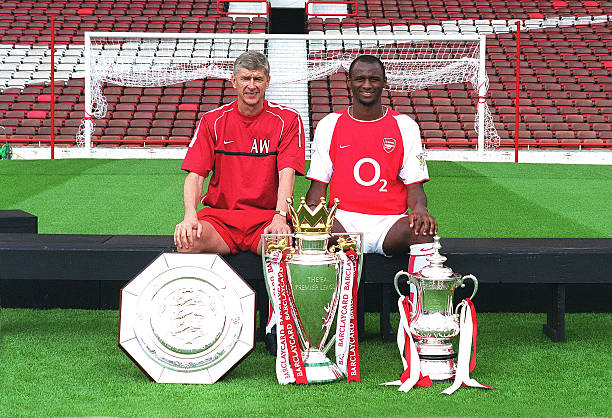 The gunners are now on a search for a new manager since Arsene Wenger announced to the public that he will be stepping down as Arsenal manager at the end of this season which ends this weekend. The club hasn’t announced anything about the hunt for a new manager but former Arsenal Star Robert Pires believes that Patrick Vieira is the right replacement for Arsene Wenger.

The Arsenal supporters are eager to know who the club will appoint as the manager but it seems the North London club is ready to wait until the World Cup ends before announcing Arsene Wenger’s replacement because they are not in a rush and don’t want to make correct analysis of all their options as the Arsenal officials have talked to most of the candidates to replace the departing Frenchman.

Robert Pires analysed the current situation which the gunners are in and he sees Vieira as the perfect choice and believes that is better than Mikel Arteta.

“We have alot of candidates to replace Arsene Wenger and we can see the same names.’

“We talk about Allegri, Ancelotti, Luis Enrique. My two friends Patrick Viera and Mikel Arteta too, I don’t know the next manager is for Arsenal but they need to find the right philosophy.” Pires told Sky Sports.

“If they want to start with a new project, it’s Vieira or Arteta. Comparing them, Patrick has a small advantage because he is doing very well with New York this season.”

Patrick Vieira is an Arsenal legend and was even among the legendary invincible squad that won the league without getting any loss. He has managed a club in the US which is performing well but the supporters on social networks such as twitter want Thiery Henry as their next manager instead of Vieira.