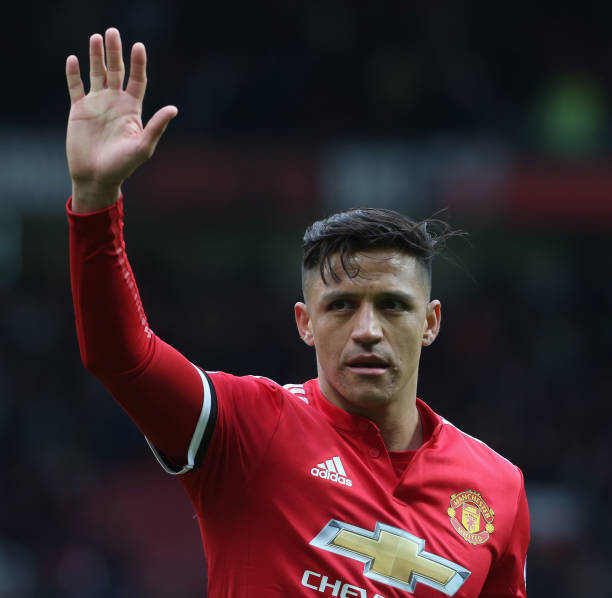 Arsenal signed Alexis Sanchez in the 2014 summer transfer window and he won the hearts of the supporters after impressing for the North Londoners in his first season.

The midfielder has done a lot for the Arsenal team but there were constant signs that he was very greedy for success because he would be more disappointed when the gunners lost a match than the rest of the players, the Chilean international increasingly got hunger for success and he then reportedly made a decision to push for a move away from the Emirates Stadium.

Sanchez showed his intentions to leave the gunners in the 2017 summer transfer window after he even once said that he wanted to play at a club which is in the UEFA Champions League yet the gunners hadn’t qualified this season, Manchester City were the first team to try negotiating with the Chilean international to sign for them in the summer but it is reported that the gunners blocked his move to the Citizens because the club weren’t ready to let him go just yet.

The 29-year-old started the 2017/18 season as an Arsenal player but main papers in UK were printing transfer rumours about him weekly which were indeed true because he made a decision to cut short his contract with the North Londoners to make a move to Manchester United in the January transfer window where he has been until now. On Sunday, April 29th 2017, the Chilean international faced his former club and was given a start by his new manager Jose Mourinho and they successfully defeated the gunners 2-1.

Alexis Sanchez took to Instagram to announce a new line written his footballing career saying how he was happy about the win against his former club ending all ties he had left with the gunners calling Manchester United his new family which indeed is true for every player who moves to another club.

Happy for the win… but for next season, if we want to fight for the premier league and the champions and everything that comes, we must keep improving because we are the MANCHESTER UNITED ?? ALL TOGETHER FAMILY

“Happy for the win… but for next season, if we want to fight for the premier league and the champions and everything that comes, we must keep improving because we are the MANCHESTER UNITED ALL TOGETHER FAMILY”

Some Arsenal fans were still following the midfielder on social media and commented on the post throwing insults at him with even one uttering out a strong statement reading “I hope you get knocked by a car” you can get it to see it if you read through the threads.

ALEXIS SANCHEZ IS OFFICIALLY NOT A GUNNER ANYMORE!