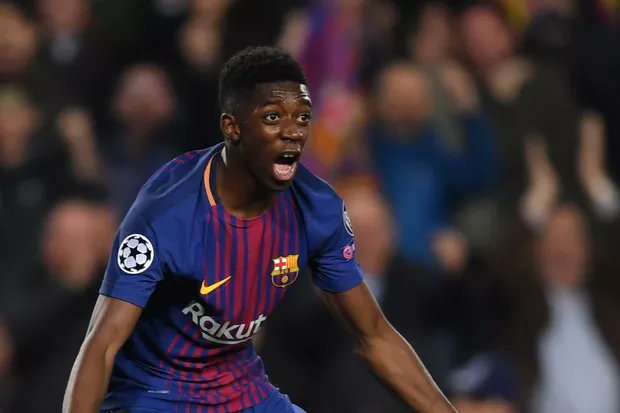 Arsenal named Sven Mislitant as their head of recruitment in November last year and the German has already showed his quality after he has helped bring top stars such as Pierre-Emerick Aubameyang and Mkhitaryan in the few months he has been at the London club.

Mislitant is reported to be in contact with Barcelona star Ousmane Dembele who has found life hard in the Spanish LA liga after making his move away from Borussia Dortmund in the 2017 summer transfer window on a very big money transfer deal. It is reported by L’Equipe that they are still very close because of their friendship in Germany where the attacker was still at Borussia Dortmund.

Reports say that Barcelona want to loan out Dembele in this summer transfer window so that he can bolster his confidence and even get some more playing time so this has the hopes up of Arsenal fans who hope that their Chief scout Sven Mislitant could use his friendship with the young versatile attacker to convince him in joining the North Londoners this summer.

Ousmane Dembele is a proven goal scoring attacker who would add some extra flair to the current Arsenal squad who already got other attackers like Lacazette and Aubameyang so him joining them would likely boost the gunners to their first Premier League trophy since 2004. The deal is however very un likely because the reports haven’t been confirmed about the Spanish champions Barcelona wishing to loan out their star whom they spend a lot of money on.

Dembele hasn’t been stable in his first season at Barcelona because he got injured and was out for four months and recently returned to action in January but he only scored four goals in all competitions.