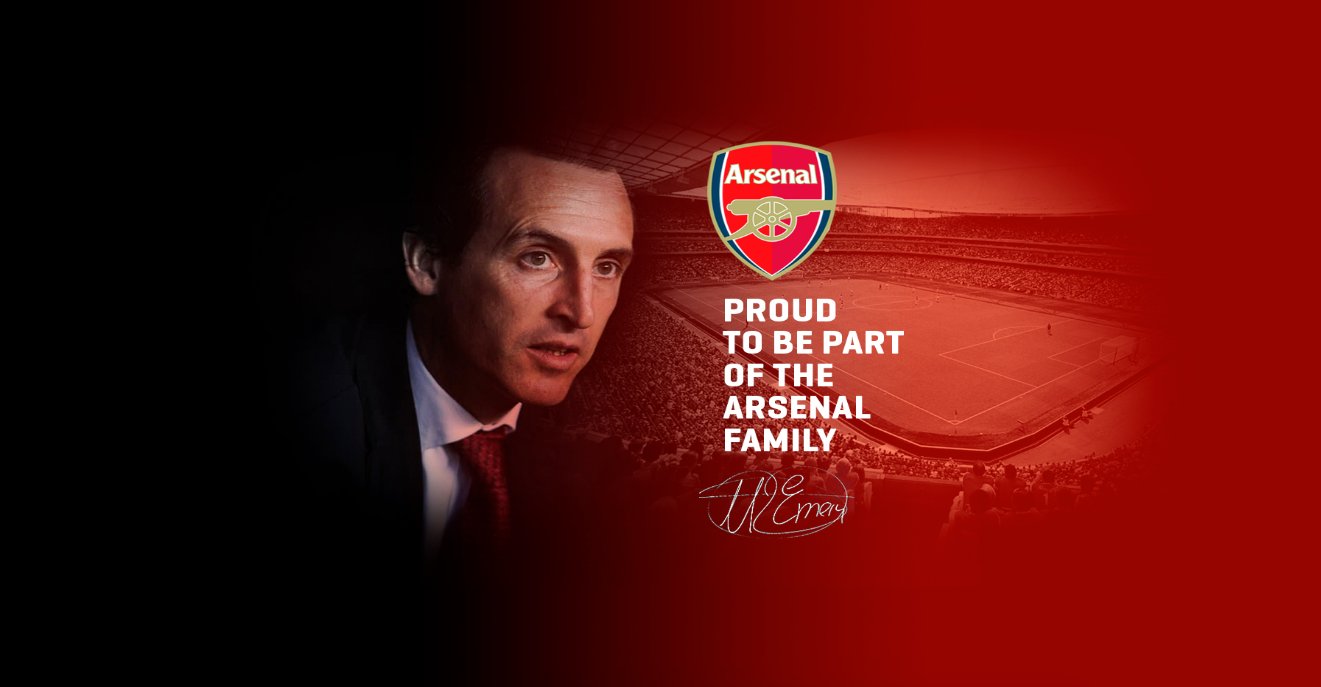 Arsenal have reportedly been in contact with Unai Emery who emerged as a last-minute candidate to replace Arsene Wenger after the board decided to end their interest from Mikel Arteta because he is still a junior and has no experience.

Unai Emery has confirmed himself as Arsenal manager via his official website as he wrote with a signed picture of himself with a caption of;

“Proud to be part of the Arsenal family.”

It seems the Spanish manager has confirmed himself as the new manager of Arsenal yet the club hasn’t announced him as Arsene Wenger’s replacement via their official social networks and website. This will come as a surprise to Arsenal fans because news that Mikel Arteta will be the next manager of the North Londoners has been trending for two weeks but a last-minute change has been quick because Unai Emery will certainly be announced as manager today or this week.

Arsenal fans will be happy that Unai Emery gets appointed as manager because they have been against the decision of the board in appointing Mikel Arteta as their next manager because he has no experience. The North Londoners have been without a manager now for two weeks now since Arsene Wenger resigned at the end of last season but the board has interviewed many candidates quickly because they wanted to appoint a manager before the World Cup begins.

Unai Emery announced his resignation from his position as PSG manager in April after his season with the French team in UEFA Champions League didn’t go well as they suffered a huge defeat from Barcelona.