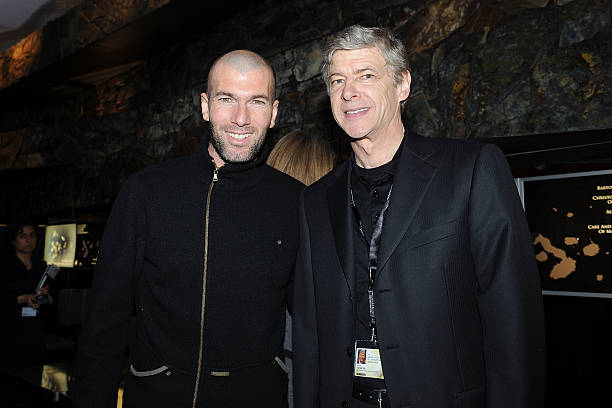 Arsene Wenger resigned from his position as Arsenal manager at the end of last season after finishing 22 years in England but he said that he isn’t retiring because he is yet to make decision whether he still wants to coach clubs.

Real Madrid fans were stunned with the news that Zinedine Zidane had decided to quit his role as manager at the Santiago Bernabéu  after winning the UEFA Champions League in Kiev last week after they defeated Liverpool 3-1 thanks to q great performance from the Spanish club.

Arsene Wenger has become one of the candidates to take over the most wanted managerial job since it’s among the most respected clubs in the world, the former Arsenal boss has all the qualifications in managing the Spanish club because he showed great quality when he first came to London but he had problems later as he left the club when most gunners hate him. The Frenchman however could impress at Real Madrid since he wouldn’t be taking over everything at the club as he had at Arsenal.

Zinedine Zidane arrived at Real Madrid in 2016 and leaves the club after winning two consecutive UEFA Champions League trophies, one Laliga, UEFA Super Cup and the FIFA Club World Cup trophies, and one would say what a great CV but the Frenchman has called it quits at the club.

Arsene Wenger is yet to announce whether he will be retiring from football so he would certainly be open to a move to Real Madrid if the club tries to make a move for him but he will have to face a lot of competition from Tottenham Hotspur manager Mauricio Pochettino and Chelsea manager Antonio Conte.

Sven Mislitant In Contact With Dembele, Is A Loan Deal On The Cards?