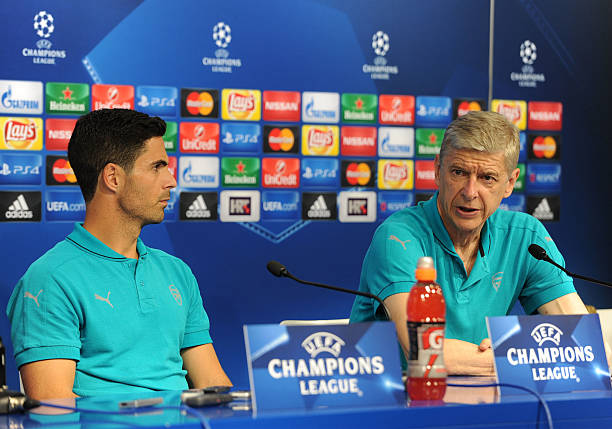 Arsene Wenger stepped down as Arsenal manager at the end of the 2017/18 campaign after many protests from the supporters calling for his resignation which he finally did. Mikel Arteta is the leading candidate to replace the Frenchman who left the club after 22 years with the North London club.

Mikel Arteta has emerged as a favourite by the Arsenal board to take over the club before the World Cup opens and most of the supporters are against this decision because he is still a junior in the managerial career but Arsene Wenger has also given out his say and he says that the 36-year-old has all the qualities to manage the North Londoners.

“He has all the qualities to do the job and I think he is one of the favourites.” the former Arsenal manager told beIN Sports.

“He was a leader and he has a good passion for the game, and he knows the club well. He knows what is important at the club and he was captain. Why not?”

Mikel Arteta is now a coach at Arsenal’s rivals Manchester City where he has been a huge assist to Pep Guardiola’s triumph in the recently concluded season so it’s reported that the gunners are waiting to see what he says about their proposal and if he is fully ready to manage a big club like the gunners because he is the board’s favourite among the available candidates to replace Arsene Wenger.

Report: Wenger Wanted By PSG, Not As Head Coach