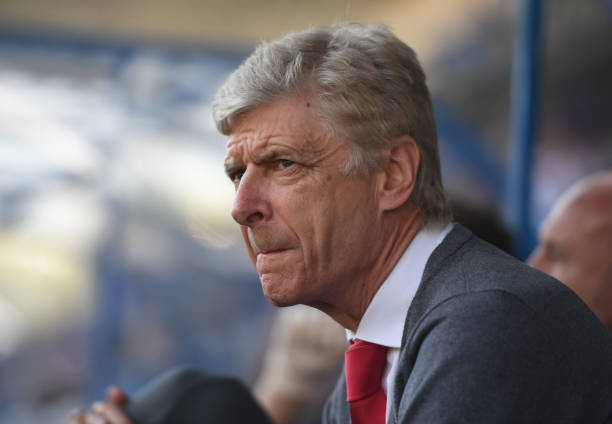 Arsene Wenger managed the Arsenal team for the last time today when the gunners made a visit to the John Smith’s stadium to face Huddersfield Town whom they defeated 0-1 thanks to a first half goal by Aubameyang. The manager was happy to have said goodbye to the supporters with a win today after he lost his penultimate on Wednesday.

The manager has spent 22 years at the North London club as their manager and he has passed through many ups and downs including strong criticism from the supporters who have not been happy with how he runs the club especially in his transfer policy but that’s all in the past since he has now announced his resignation.

Arsene Wenger was asked whether he is ready to manage against the gunners and his response was quite what everyone expected!

The Arsenal supporters will be happy that the manager is still not ready to manage against them because they are worries between the gooners that he would manage a rival club in the Premier League yet they wish that he coaches else where away from England.

Today was a very emotional day for the manager because he was saying goodbye to a club which has been a great part of his life because it’s the team that he managed for a long time and has even become a Premier League legend.