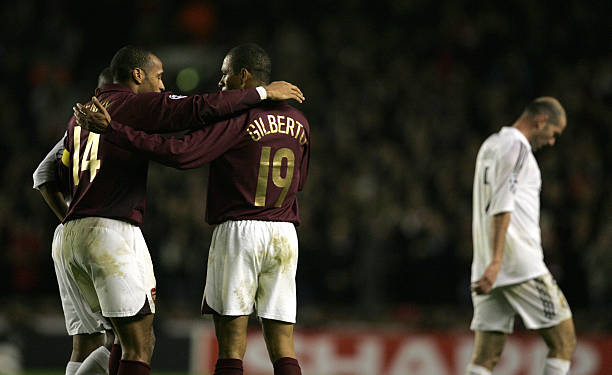 Arsenal and Real Madrid legends go head to head today in Spain in a match which it’s earning will go the aid of the Real Madrid Foundation. It is a match for the legends of both clubs but everyone is looking forward to it since they will get a chance to see their former stars play once again together today.

We are going to provide you all you need to know about the match which will be starting in a few hours from now at the Santiago Bernabeu Stadium in Spain.

SO WHO IS EXACTLY PLAYING IN THIS MATCH?

The match will have top players that ever played for both Arsenal and Real Madrid in the past. The gunners will get a glimpse of their former stars such as Robert Pires, Tomas Rosicky, Freddie Ljungberg, and Sol Campbell will all be playing for the gunners in today’s charity match.

AT WHAT TIME WILL THE MATCH BEGIN?

The match will kick off at 18:00UK time so you could convert to see at what time the match will begin in your local timezone.

WHERE IS THE MATCH BEING PLAYED?

The match will take place in Spain at Real Madrid’s legendary stadium, the Santiago Bernabeu.

There will be a return leg of this match in September and it will be taking place at the Emirates Stadium but this time the amount earned through this will go to the Arsenal Foundation.

Related Topics:ArsenalReal Madrid
Up Next