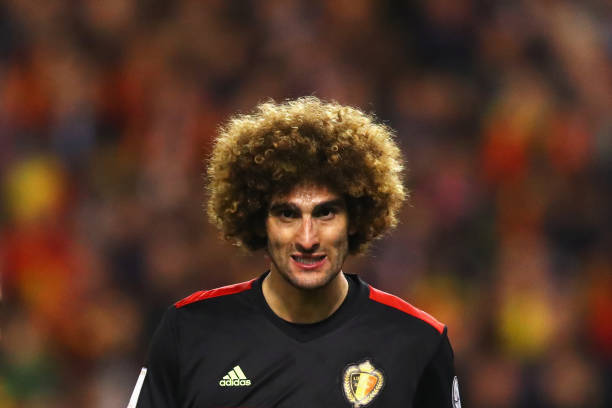 The gunners have a budget of only £70 million to spend in this summer transfer window so they will be hoping to get some players whose contracts expire this summer so that they can get them for free. Manchester United midfielder Marouane Fellaini will also be a free agent at the end of this month and he looks not to get his deal at the club renewed.

The gunners have emerged as favourites to get the signature of the Belgian international according to the Mirror who say that Unai Emery might consider going for the midfielder. It is reported that the red devils wanted to offer Fellaini a new deal because they were confident that the negotiations would go smoothly but he snubbed the offer because he wants to leave the Manchester club.

Arsenal fans are fumed over these transfer rumours because they believe that Marouane Fellaini is a type of player who they wouldn’t want at the Emirates Stadium because he can’t fit well into the passing style of play used by the gunners but he could however be a good signing for Unai Emery who said that he wants his squad to be pressing the opponents to win back the ball, so a player of Fellaini’s strength would hold and strengthen the midfield of Arsenal.

It is believed that Fellaini has two options if he doesn’t agree a new deal with Manchester United and that is Arsenal and AC Milan but it’s said that he would prefer a move to the Emirates Stadium than leaving English football which he has get used to.