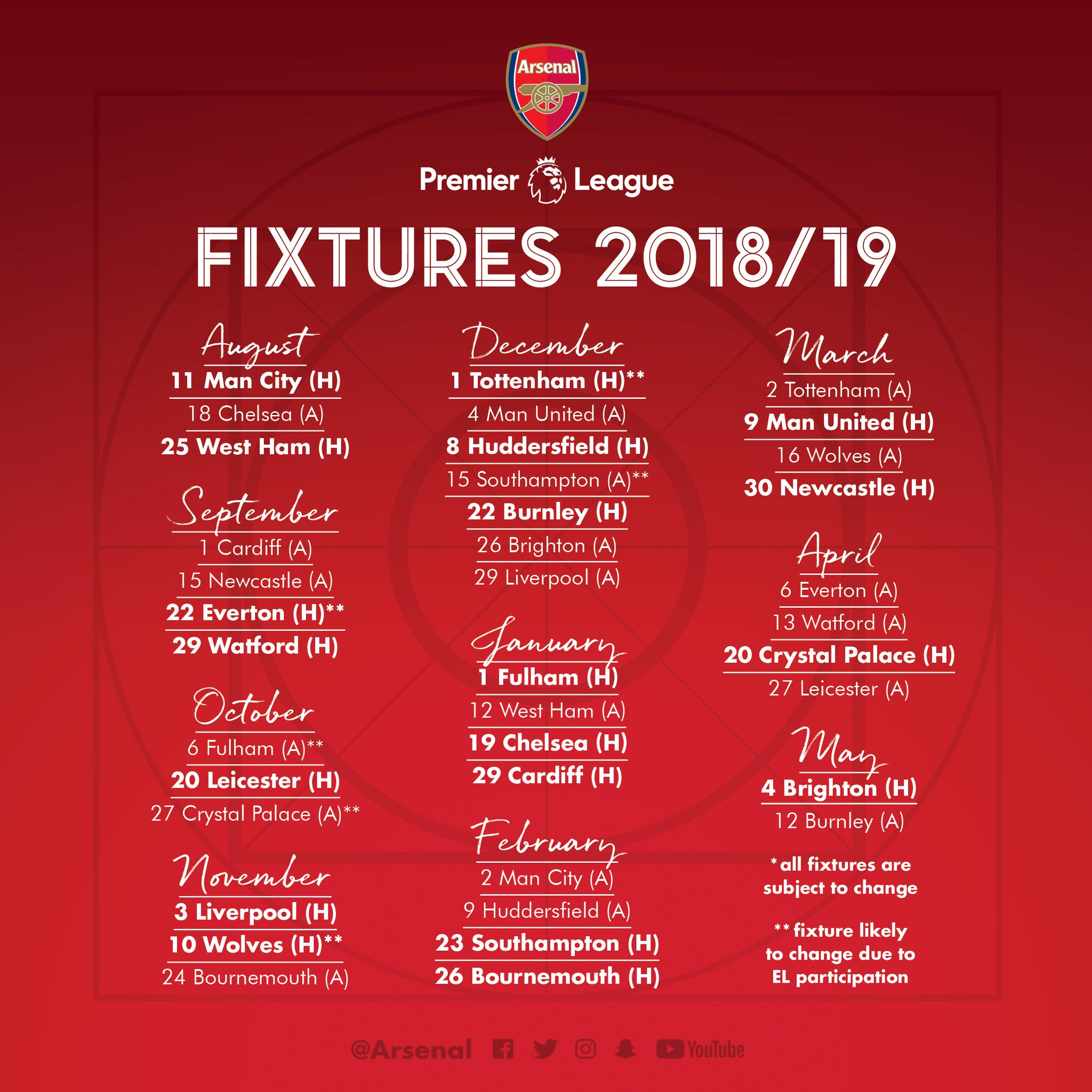 The 2018/19 Premier League full fixture has been released and this has not been good news to Arsenal fans as one would have expected because the North Londoners have been given a tight start to the new season with first two matches against Manchester City and Chelsea.

Arsenal appointed Unai Emery as their new manager in May and then new boss will have to work hard during the start of the next season since the club will play two of their top arch rivals in the first two matches, it will be some sort of challenge to the Arsenal manager to prove to the club’s supporters that he can be able to assemble a team that could defeat Manchester City and Chelsea at the beginning of the season.

Aside from the first two tough matches for Arsenal, they will face small teams until November which is usually presumed as a month where the gunners usually mess up but this time, they will face Liverpool, Wolves, and Bournemouth in the 11th month of the year.

December will however be hectic for Unai Emery’s men because they will face Tottenham Hotspur and Manchester United consecutively, something which has angered some Arsenal fans because last season’s fixture so them face these two teams consecutively and it has happened again.

Arsenal fans have had mixed reactions on the fixture because it has come as a big shock to them that their first two matches are against the Premier League and FA Cup champions.

Note: The dates on the above fixture are subject to change due to TV match rescheduling, competition scheduling conflicts and some other reasons.

Arsenal fans will be looking to see a new ARSENAL under Unai Emery.