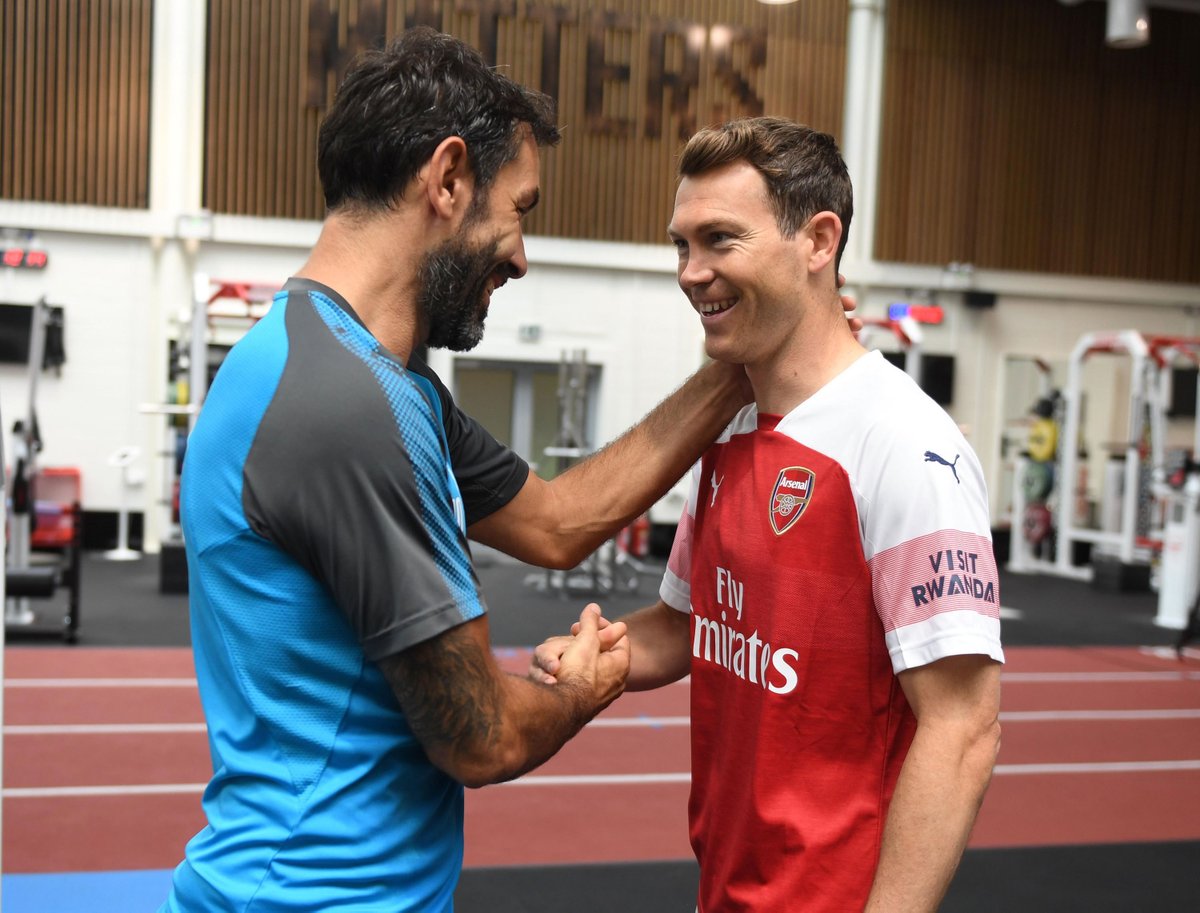 Arsenal confirmed the signing of Stephan Lichtsteiner a few days ago after many weeks of transfer rumours linking him with a move to the Emirates Stadium but the North London club finally confirmed his move to the club.

The defender is 34-years-old and most people believe that the gunners have made a mistake to sign him even though the club got him for free of charge but Robert Pires disagrees with everyone criticizing Arsenal for signing Stephan Lichtsteiner because he believes that age doesn’t show how a person will be performing on the pitch, saying he doesn’t care about his age.

“If he’s ( Stephan) ready and wants to help Arsenal then he’s a good solution for Arsenal and Unai Emery.” the Arsenal legend is quoted by Metro Sport.

“We need a player like him because he will bring spirit and is a very good proffesional.”

Stephan Lichtsteiner became Unai Emery’s first signing and everyone will be eager to see why the new Arsenal manager wanted to bring someone who they have deemed a “grandpa” by most Arsenal supporters.

Robert Pires Begs Unai Emery To Add Him In His Staff