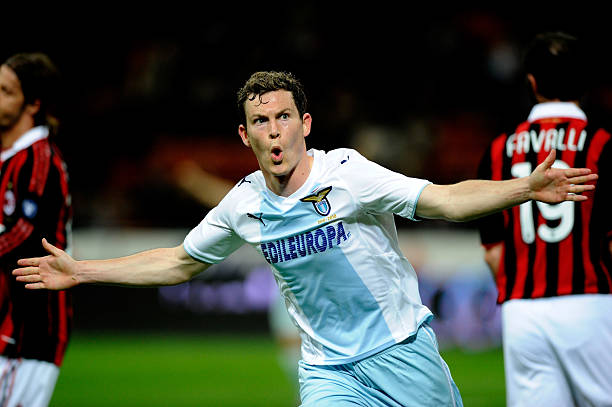 The gunners are said to be close to signing Juventus defender Stephan Lichtsteiner who they have been linked with since the summer transfer window opened a few weeks ago. It is said that Unai Emery wants to bolster his current Arsenal defence to prepare for next season with a strong squad.

The experienced defender has been impressive for Juventus in the 2017/18 season but his contract expires in July and he isn’t going to renew it because he would like to go on another adventure away from Italy. Stephan Lichtsteiner was recently interviewed and says that he isn’t sure whether a deal with Arsenal will be announced before the start of the World Cup.

“I cannot say anything about that ( deal to Arsenal), nothing is finalised. Will it be done before the World Cup? I don’t know.” the defender is quoted by Metro Sport.

It is believed that Stephan Lichtsteiner has agreed a one year deal with the North Londoners with an option to extend if he impresses in the English Premier League next season. Unai Emery said that he will be hoping to see his squad be pressing the opponents when they have the ball because he believes that it’s the only thing missing in Arsenal’s tick tack playing style.

The gunners have been linked with a several defenders in Europe but it looks like Lichtsteiner’s deal to the Emirates Stadium is more likely because the player would be coming to Arsenal free since he will soon be a free agent.