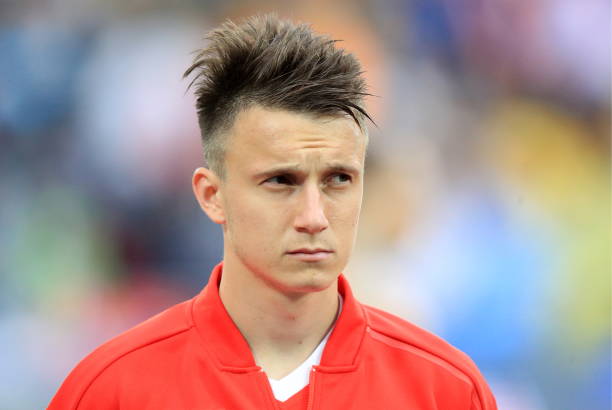 The now current Arsenal manager Unai Emery made a big for Russian star Aleksandr Golovin who has impressed for the WORLD CUP hosts so far as he has been a top performer in Russia’s first two matches.

It is reported that the Arsenal boss decided to try making a bid for the Russian international after going through the scouting reports that were done in the reign of Arsene Wenger when he was still interested in the midfielder when he was still gunners boss.

Aleksandr Golovin’s representative says that it might not be possible for Unai Emery to sign the player because Arsene Wenger still has tabs on him despite being jobless at the moment.

“I asked Arsene about Golovin and he said I do not know what Arsenal will do but I’ll take him for myself.” said Golovin’s representative.

“Arsene wants to work, while there’s no certainty, we negotiated with two clubs but did not come to an agreement.”

“But if Arsene takes charge of any team, Golovin will have another option.” Golovin’s representative is quoted by Metro.

Arsene Wenger has not yet revealed to the public what he wants to do next after leaving Arsenal but he is not likely to retire from football because he has said on many occasions that his life is all about Football so he might be considering his options now.

Arsenal have for long been interested in Aleksandr Golovin in the reign of Wenger who was heavily linked with the player but no action was made because Arsene Wenger was not ready to spend money at that time but the Frenchman could stand in the way of new manager Unai Emery who now also wants to sign the player.

Report: Ever Banega Wants Move To Arsenal But On One Condition