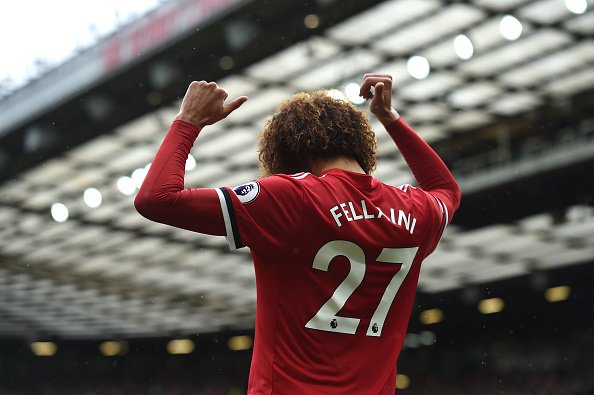 The gunners have been linked with a move for Manchester United star Marouane Fellaini whose contract at the Emirates Stadium well be expiring at the end of this month.

Marouane Fellaini has finally decided to leave the Old Trafford according to The Metro in this summer transfer window despite the club’s wish to keep him at the Manchester club because their manager Jose Mourinho sees the Belgian international as a player who fully understands his philosophy well. Fellaini is however yet to find a club where he will be moving to but will be waiting to hear from Arsenal who were interested in signing according to reports.

Unai Emery wants to also strengthen the Arsenal midfield in this summer transfer window but he is on a tight budget so he might consider going for the departing midfielder because he will have come to the club for free of charge. The Spanish manager has already obtained a versatile defender for free so getting Marouane Fellaini would hugely improve the Arsenal squad yet he has not spent a single coin on the £70 million the board gave him to spend.

Arsenal fans are however against the transfer of Marouane Fellaini to the Emirates Stadium if it does happen because the player is known to be clumsy and very rough on the pitch, and they also believe that he might not fit well into the playing style of the North Londoners who play a pacy game yet Fellaini is very slow on the pitch.

Marouane Fellaini would statistically be of benefit to the Arsenal squad because they don’t have a true defensive midfielder because they have the likes of Granit Xhaka who is able to play three different midfield positions and didn’t the impress at that position last season and as a result, the Arsenal midfield was porous last season.

Vieira Reveals That Arsenal Executives Contacted Him On Replacing Wenger