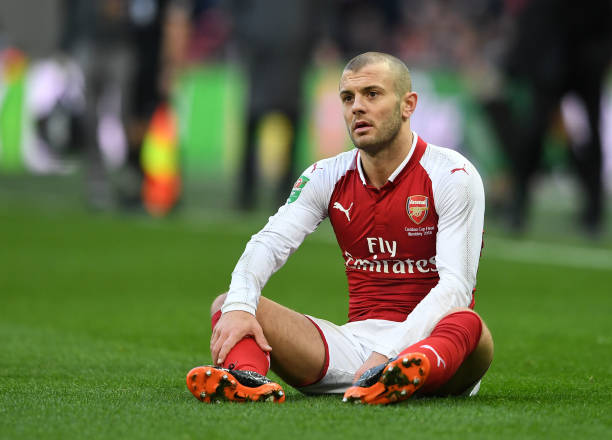 It seems Jack Wilshere’s transfer saga will finally come to an end in the coming days or weeks after the midfielder has made the decision to leave the Emirates Stadium this year after finishing many years at the North London club.

The Mirror reports that the Englishman was ready to sign the new deal but things changed after he had a meeting with new Arsenal boss Unai Emery who told him that he wants him to stay but cannot guarantee him a regular starting spot next season, this scared the player because he believes he is at the prime of his career where he would need to be a regular starter.

Arsenal appointed Unai Emery as their new manager in May after the departure of Arsene Wenger who quit his job at the club after 22 years managing it, the new gunners boss has his own formations and it is reported that Jack Wilshere is not his plans for next season so the 26-year-old signing the new deal would see him be a bench warmer in Unai Emery’s first season at the club.

Arsenal have already confirmed that Granit Xhaka has signed a new long-term contract and are in advanced talks with Sampdoria to sign Lucas Torreira this summer so all these show that the gunners are well ready for life without Jack Wilshere who may now be forced to leave to get more play time.

Jack Wilshere is a fan favourite at the Emirates Stadium so the Arsenal fans will feel sad to see him leave yet he had finally started finishing a season free of long-term injuries since he could miss half of the seasons due to an injury in the past.

Kylian Mbappe Reveals Why He Turned Down A Move To Arsenal