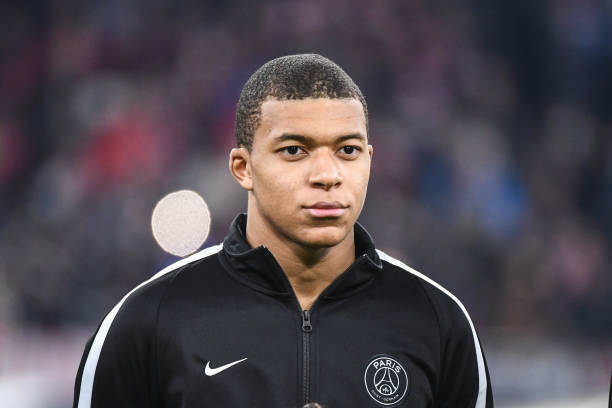 The gunners were linked with Kylian Mbappe last year in the summer transfer window but the forward signed for Paris Saint Germain in August, 2017.

The young Frenchman has however confirmed that the transfer rumours were true and that him making a move to Arsenal was a ‘real’ option which he did not opt for as he explains what really happened one year ago. Mbappe says that he met the then Arsenal manager Arsene Wenger who tried to convince him to come to the Emirates Stadium.

“I met with Arsene Wenger, who is a great coach. He has a great reputation here in France, he’s well respected and knows how to develop young players. This was a real option for me.” The Frenchman is quoted by the Mirror.

Arsene Wenger left the Emirates Stadium at the end of the 2017/18 season but he has indeed have a reputation of developing young players like the PSG star said as he groomed young players like Alex Iwobi, Jack Wilshere and many more others who have now become international with some also leaving the Arsenal team.

Kylian Mbappe says that he weighed up all the advantages and disadvantages of all the clubs that were interested in him last year, and says that he had to choose Paris Saint Germain because he believes that is where he can develop to a prominent footballer.

Mbappe still has immerse respect for Arsene Wenger even though he turned him down last year and says that he has a dream of being managed by the Frenchman.

“I dream of being managed by Arsene Wenger. He is French, he’s had a great career and now he is free because he has left Arsenal.” said Kylian Mbappe.