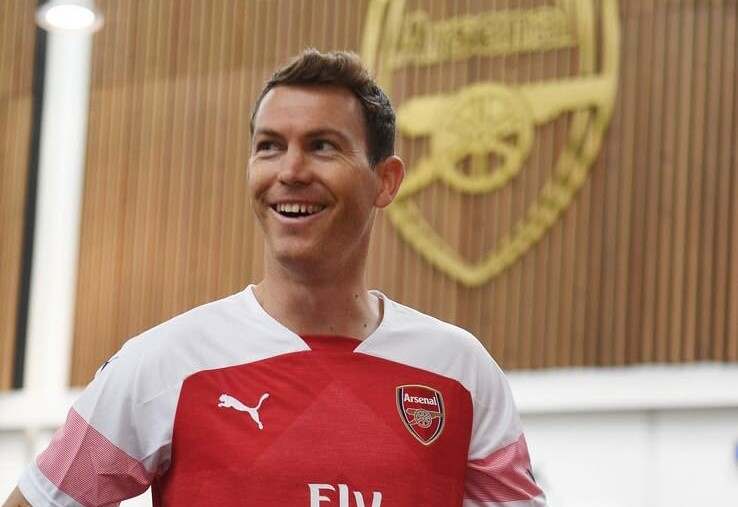 The gunners have finally made their first signing today after they have announced that Stephan Linchtsteiner will be joining the Arsenal team after his contract at Juventus expires in a few weeks from now, the club confirmed this via it’s official website.

The defender comes to the Emirates Stadium as Unai Emery’s first signing as an Arsenal manager, the Swiss international will likely get introduced to the usual starting lineup right away because Per Mertesacker has retired from playing football and Laurent Koscielny is injured until December.

The Arsenal fans are very happy that the club has confirmed the transfer because they were tired of too many transfer rumours about the club and Stephan Linchtsteiner who wasn’t eager to release the details before nothing was certain yet. He will officially become an Arsenal player after the 30th of June, 2018 which is when his deal in Italy ends.

Stephan is an experienced defender and will bring maturity to the Arsenal back four which has several youngsters such as Rob Holding and Calum Chambers who will be looking to learn a lot from him in the time he is at the North London club.

Arsenal Told Amount To Pay In Order To Get Steven Nzonzi