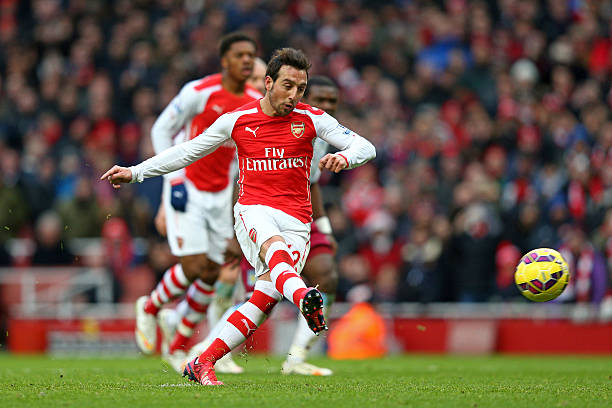 Arsenal released Santi Cazorla this summer after the club believed that it was un necessary for them to offer him a new deal yet he is old and is always with injuries keeping him out.

Arsenal fans have spent two long years dreaming about how Santi Cazorla would have never allowed the team to sink to the state that it’s in. Call it a bit of fanciful regret, as fans are known to engage in but the club decided to just let go of the Spanish international despite him being a fan favourite at the Emirates Stadium.

As is usually the case with gooners, when it goes wrong, it’s easiest to just cling to one or two ideals and believe that one thing changed the way things played out, Cazorla is a positive spin on all the negativity as they usually said, “if only Santi wasn’t injured, we would be winning.”

Meanwhile, Cazorla is back at his old club Villarreal where he will be hoping to rebuild his career after finishing the last five years on the sidelines in the English capital so he will be hoping to play for a few seasons in the Spanish LA liga before he finally retires from football.

However, even though the Arsenal fans loved him so much, statistically Santi Cazorla wasn’t at his best in the time he spent at the English club because it’s embarrassing for a player to miss a full season. We believe that Arsenal under its new regime of Unai Emery will not regret letting go of Santi Cazorla.

Report: How Arsenal Players Performed In World Cup Round Of 16

Analysis: How Unai Emery Can Use Bernd Leno, Petr Cech And David Ospina Next Season

Hi, I am HUNKOKOE OLUWATOBI I can't do without sports, infact sport is my hubby my first love.