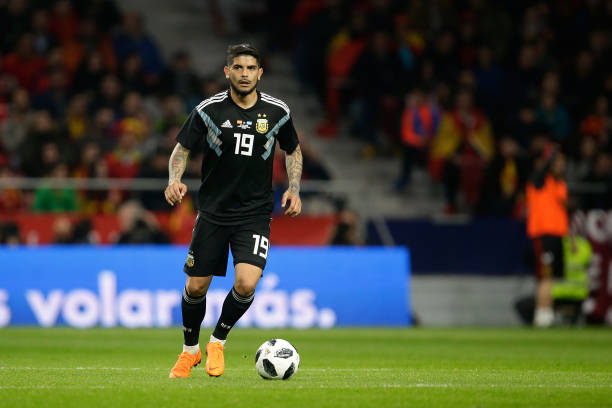 Arsenal are linked with Sevilla midfielder Ever Banega and it was even reported yesterday that Unai Emery had been called the Argentine international as he continued persuading the player to join him at the Emirates Stadium.

Arsenal fans have been left impressed by how quick new manager Unai Emery wants to finish transfers as quickly as possible but the gunners have suffered a major blow in their pursuit of Ever Banega after it is reported by The Independent that Sevilla have vowed to try everything possible to keep their midfielder.

Arsenal’s new boss Unai Emery wants to bring the midfielder to the Emirates Stadium after they were together when he was still the manager of Sevilla in the past so he wants the versatile to come and replace Jack Wilshere who he decided to let go this summer, something which some Arsenal fans have been as a bad decision.

The report says that Sevilla will be having a meeting with Ever Banega when he returns from the FIFA WORLD CUP so that they can try to convince him not to leave the Spanish club even though the gunners meet his £17.6million buy out clause. Ever Banega will however still remain the main man who will choose where his future lies because it is not easy for club to change the mind of player when he has decided to leave the club.

Ever Banega was last week reported to have told Unai Emery that he wants him to assure him enough playing time before he signs for Arsenal this summer.