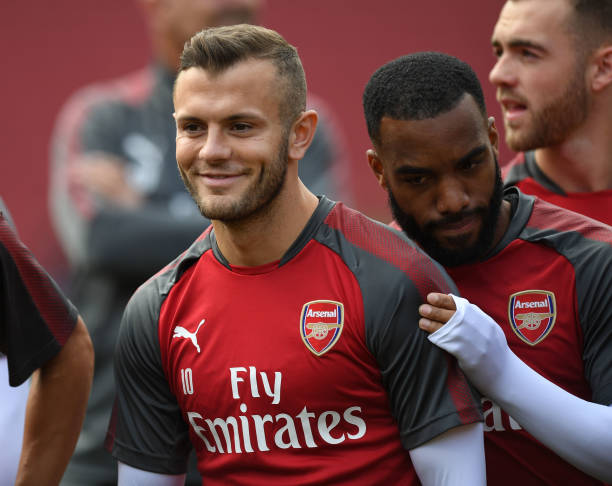 Arsenal midfielder Jack Wilshere has also been a topic this summer as his contract saga keeps getting u-turns which have confused the Arsenal fans who aren’t sure whether the Englishman wants to stay at the club or not.

This afternoon, the Mirror claimed that Jack Wilshere was to quit Arsenal due to the talks he had with the new manager Unai Emery who reportedly told the central midfielder that he isn’t an important player in his next season’s plans. Nothing has been confirmed yet by neither the club or Wilshere but there are three English Premier League clubs interested in signing the 26-year-old.

The hammers have for long been interested in Wilshere as they were also linked with a move for the English star last summer but there weren’t successful because the player was not interested.

Times have changed and Wilshere will be hoping to jump to any boat to save his career so if he is to join a club in EPL which isn’t on the top six clubs then it would be West Ham United have had interest in him for years.

Arsenal True Fans understands that the toffees are also interested in the midfielder because they are hoping to improve their attack line since they were a bit blunt last season so signing a creative midfielder like Wilshere would improve the Everton squad.

The newly promoted club is also interested in the Arsenal star but this is an option which Wilshere is likely to take because he is playing for a top club so going to Wolves would be degrading himself.

There are some other clubs outside England that want to sign Jack Wilshere but if he wants to stay in the Premier League, three clubs are ready to welcome him.