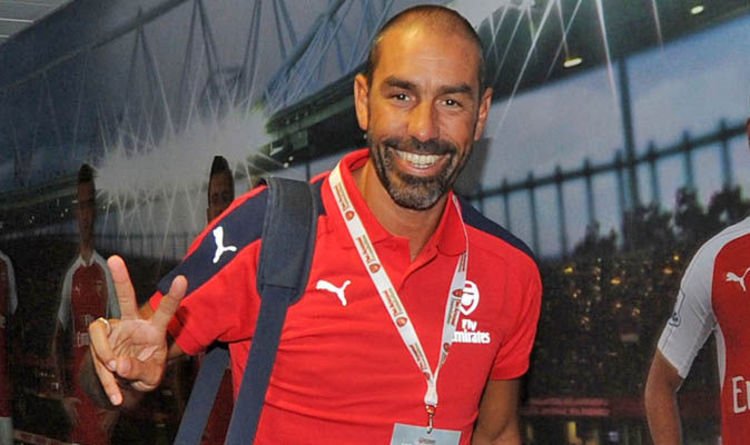 Arsenal legend Robert Pires has been training with the Arsenal squad team for a while even when Arsene Wenger was still at the North London club, the legend was always available in most training sessions.

With the gunners having appointed a new manager, Unai Emery who takes over the London club after the departure of Wenger. He will take a lot of time to finally feel at home or even get used to his players but Robert Pires has offered himself to be a bridge between Unai Emery and the Arsenal players because they are used to the legend because he is always with them.

Unai Emery has never managed a club in England so he will be hoping to get all the help he can get at his new club because the Arsenal fans are expecting alot from him so everyone will be hoping to see if the manager will accept Robert Pires to join his staff!

“I could be like a bridge between him and the players because I know players, for two years I have trained with the guys. So all of them, they respect him. ”

Robert Pires is a player who every Arsenal fan must know if he started the gunners in the early 2000’s because the midfielder was among the legendary squad that won the Premier League trophy without losing a single match, and up to this moment, this has never been done before again.

The Arsenal fans were busy joking on Twitter that Pires was homeless and was staying at the Arsenal training grounds after the club released a video which showed gunners new signing Stephan Lichtsteiner meeting the legend when he’s training when the new signing came for his photo shoot.

Is Robert Pires working at arsenal. He always seems to be there. ??#Coyg #goonerfamily #Arsenal #WeAreTheArsenal pic.twitter.com/3sXuoYDvAo

Unai Emery hasn’t made a comment on the request of the Arsenal legend.