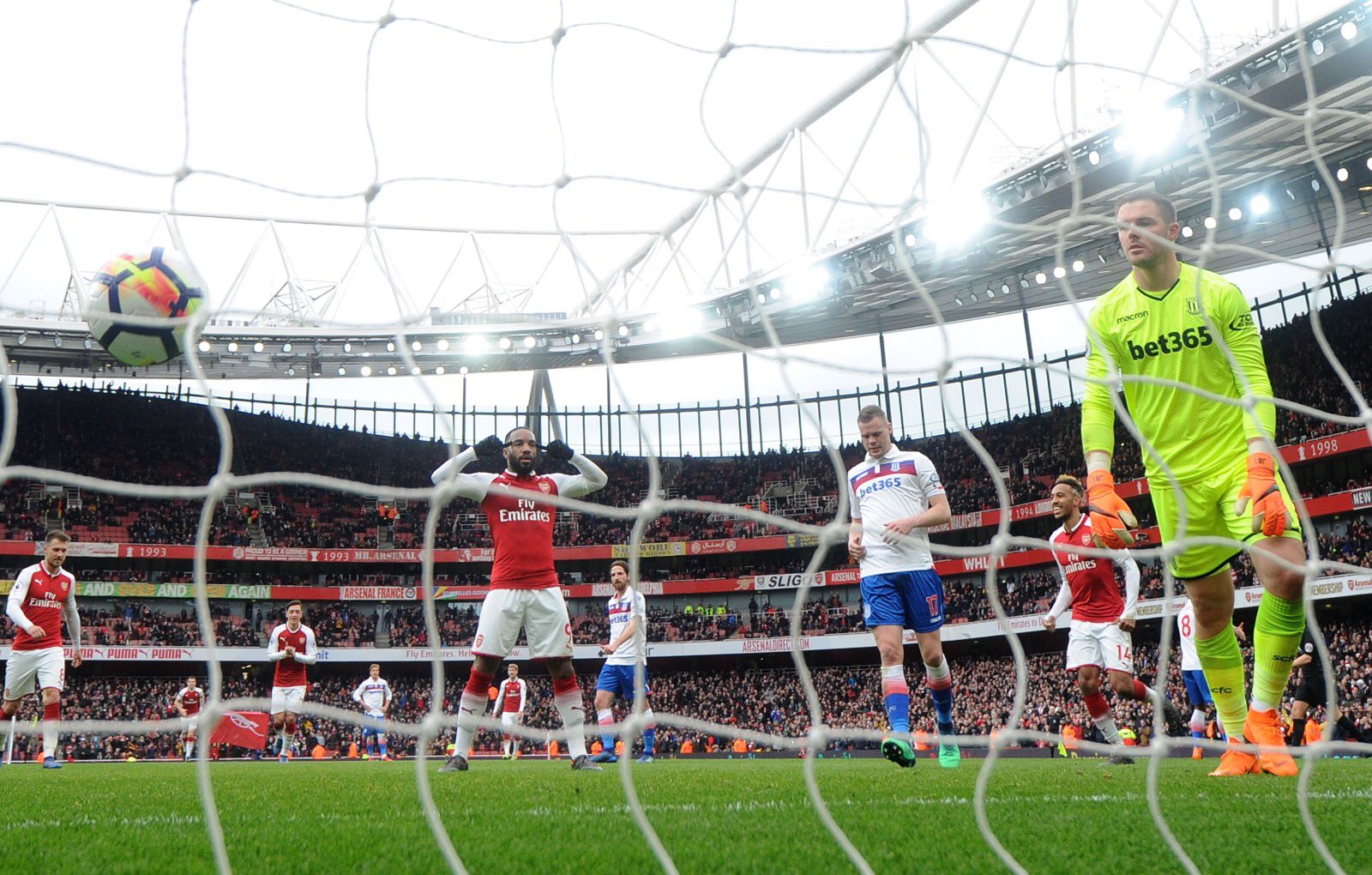 Alexandre Lacazette arrived at Arsenal in the summer of 2017 amid hype and expectation. The 27-year-old striker cost the Gunners as much as £46.5 million to sign from French club Lyon, and he was supposed to take the North London outfit to next level.

The France international was supposed to score the goals that would proper Arsenal back into the top four of the Premier League and into the Champions League. Costing more than Germany international attacking midfielder and World Cup winner Mesut Ozil, Lacazette had score 28 goals in Ligue 1 for Lyon during the 2016-17 season, and he was expected to repeat his heroics in the Premier League.

Things, though, have not turned out according to plan. Lacazette scored 14 goals and provided four assists in 26 Premier League starts, and although that is a decent return, Arsenal failed to clinch a spot in the top four of the Premier League – again. The France international striker was also quite inconsistent, although he did score three goals in four appearances in the Europa League. It was largely an average season for Lacazette, and there was a feeling that he could have done more, and probably should have done more.

Lacazette has been left out of the France squad for the 2018 World Cup finals in Russia this summer, and that underlines just how average he was. True, there is a lot of competition for a place in the team for Les Bleus, but he could still have had a spot, especially as France were only fourth favourites, odds on World Cup winner Paddy Power. There is speculation that new Arsenal manager Unai Emery is open Lacazette letting leave in the summer transfer window amid new signings coming in, and maybe the striker should consider his options.

If Lacazette is not considered as the first-choice striker at Arsenal next season, then he should seriously look at leaving. The 27-year-old would be a brilliant signing for any club aiming to challenge for top honours or playing in the Champions League, and the former Lyon star would not be short of options if he does decide to leave. Moving back to France and play in Ligue 1 would not be a bad idea, especially if it enables him to get back to the national team fold. After all, the striker is only 27 years of age – his best years are ahead of him.

Much will depend on what Emery’s plans are. If the former Paris Saint-Germain and Sevilla manager is willing to give Lacazette the chance to show what he is capable of, then the Frenchman should stick around and stake his claim. Of course, the striker will have to fight for his place and will have to work hard to impress Emery, but as long as he is given a fair crack and is played to his strengths, then Lacazette should be at Arsenal next season, at least for the first half

Analysis: Two Reasons Why Arsenal Should Not Sell Calum Chambers