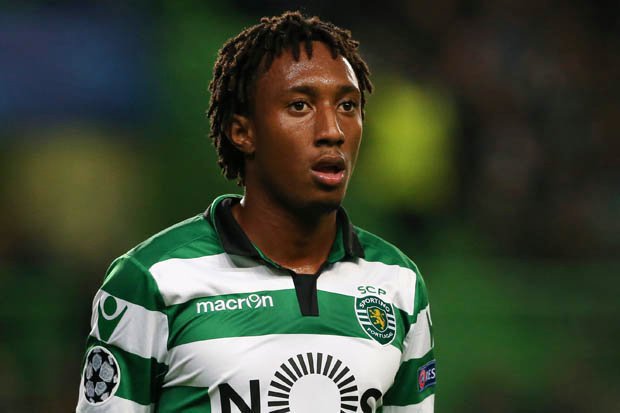 Arsenal new manager Unai Emery has identified a number of players he wants to bring to the Emirates Stadium but the list keeps increasing as it is reported that the Spanish manager is interested in Sporting CP’s winger Gelson Martins.

The Portuguese star has outstood for his club in the 2017/18 season as he has scored 13 goals and made 13 assists in all competitions. It is reported by the Metro Sport that new Arsenal manager Unai Emery believes that a winger is also needed at the club to rebuild it to a feared club once again as it was in the past.

This will however put players like Alex Iwobi under pressure since they will be competition with the Gelson Martins if he does come to the Emirates Stadium in this summer transfer window, the Nigerian international will be taking part in this month’s FIFA WORLD CUP 2018 and will be hoping that Unai Emery sees him play in order to safe guard his position at the club.

Arsenal fans are not happy that their new boss wants to also bolster their attack when the club urgently needs defenders because Per Mertesacker has retired and Laurent Koscielny is injured until December proving the reason the club should focus on strengthening the defence.

The gunners have one major problem in their pursuit of Gelson Martins, with it being that the midfielder has a release clause of €60million which is way too much for the North Londoners since they have a budget of only £70 million yet they want to bring a number of players to the Emirates Stadium.