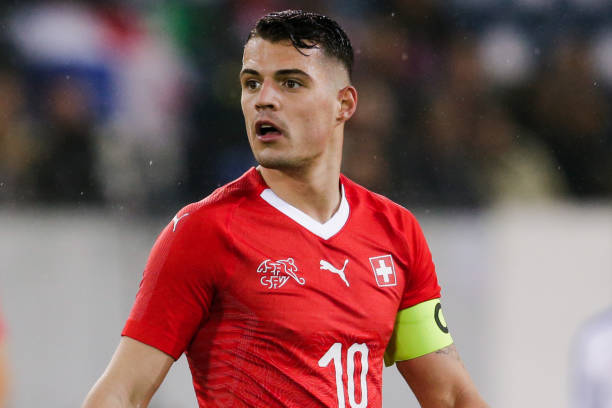 The gunners confirmed yesterday that Granit Xhaka had signed a new long-term deal and Arsenal new manager Unai Emery says that he is ‘delighted’ to see the Swiss international extend his contract at the Emirates Stadium.

No one expected the gunners to be in negotiations with Granit Xhaka to extend his current deal at the club because everyone is curious to know whether Arsenal will be offering Jack Wilshere a new contract because all the latest rumours indicate that the Englishman will be leaving the club this summer.

Unai Emery is said to be interested in bringing in a new defensive midfielder with Lucas Torreira being the number one Arsenal transfer target this summer but giving Xhaka a new deal shows that the gunners boss still has faith in the Swiss international. Here is what Emery said about Xhaka signing a new deal;

““I’m delighted that Granit has extended his contract with us. He’s an important member of the squad and is still young so will be able to develop even more.” Unai Emery told arsenal.com.

“I hope he has a successful World Cup with Switzerland and comes back fit and ready for the new season.”

Granit Xhaka will be happy to see that his new manager is eager to see him back at the club because there has been many transfer rumours that he was to be replaced next season with a new player.