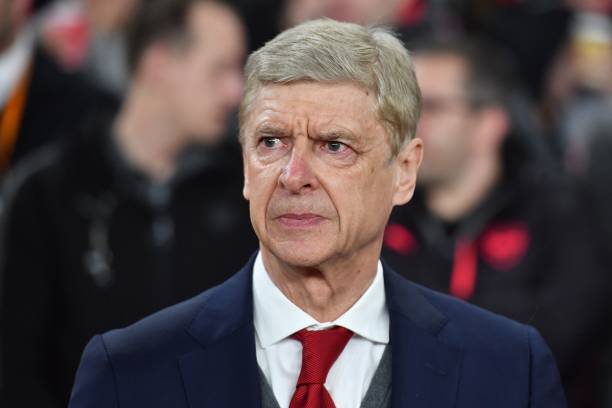 It’s been about one to two months since the 2017/18 Premier League ended and even though Manchester City won the trophy but that wasn’t the main talked about topic because everyone was busy discussing about the departure of Arsene Wenger who had spent 22 years at the North London club.

The Frenchman is still in the hearts of most Arsenal supporters who already miss him even though it’s just been a few months since he announced his decision to leave the club and Arsenal’s official Chief photographer Stuart MacFarlane must be among those many that haven’t forgotten Wenger yet because he even once said that there’s no person he has ever taken pictures of than the former Arsenal boss.

Arsene Wenger spent 22 years at Arsenal but in all those years, the manager has been with Stuart in the of his career starting in 1996 and the French manager gave the Chief photographer a gift which he yesterday revealed via his official twitter account.

Thank you to the good people at the Frameworks Gallery in Crouch End for the great job framing this for me. And of course thank you AW for the lovely message. pic.twitter.com/q0l3p84YCo

The gift which Arsene Wenger gave Stuart was a framed picture of himself with a special message to the photographer reading;

“To Stuart, the star player of my team for 22 years. With love and respect. Best wishes, Arsene Wenger.”

Meanwhile, Arsene Wenger has already been replaced by Unai Emery but he hasn’t made any comments on the new manager but he however did say in the past that Mikel Arteta has all the qualities to manage Arsenal when the transfer rumours were reporting that the former star was going to take the job.

Robert Pires Begs Unai Emery To Add Him In His Staff