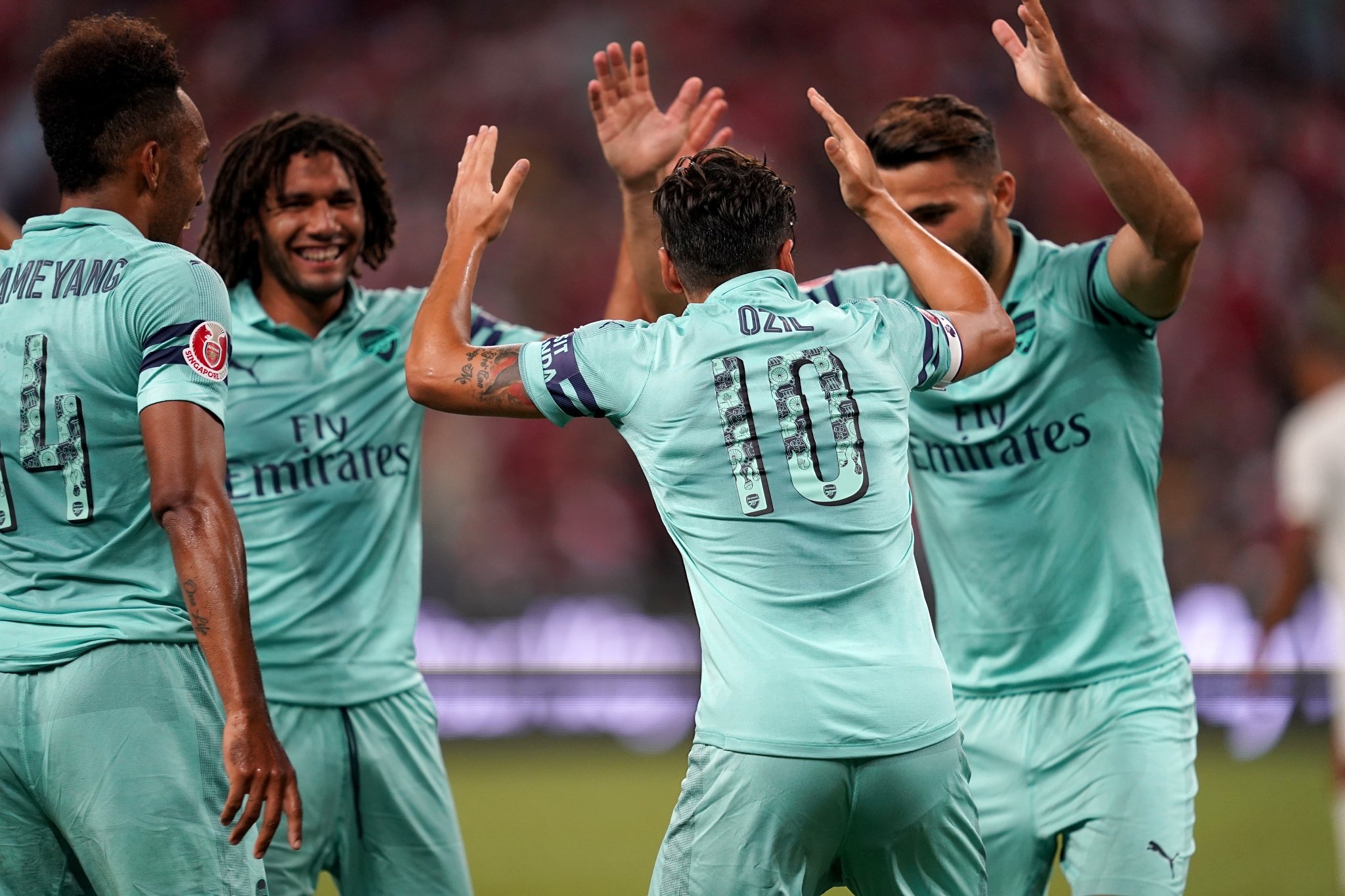 ( Arsenal Vs PSG in Singapore )

Arsenal have today won their second match of the International Champions Cup after defeating Paris Saint Germain 5-1 thanks to goals from Alexandre Lacazette (2), Mesut Ozil, Eddie Nketiah and Rob Holding, all scoring to help Unai Emery get a win against his former club.

Arsenal is currently in Singapore for the Pre-Season tour and the gunners lost their first match against Atletico Madrid on penalties and Unai Emery prepared for this match as he hoped to get his second win as new gunners boss and the players didn’t disappoint him as they had an impressive match against the French side.

The first half started off well for the gunners as they looked threatening in the first minutes of the match and got their first goal of the day through their captain Mesut Ozil who scored in 13 minutes, Arsenal had most of the possession of the ball throughout the first half of the match and went into halftime while leading by one goal.

The second half was quite extraordinary for the gunners because they scored four goals as well as conceding one. Unai Emery made three changes at the beginning of the second half which saw Bernd Leno make way for Emilliano Martinez who didn’t take part in match against Atletico Madrid.

Paris Saint Germain equalised in the 60th minute after Kolasinac made a foul which resulted into a penalty hence the French club getting a goal. Alexandre Lacazette was brought into the second half and he made instant impact as he scored two goals in just a few minutes to make it 3-1.

Arsenal weren’t done yet as they got two more goals before full-time thanks to goals from the youngsters, Eddie Nketiah and Rob Holding who all scored to make it 5-1.

Unai Emery will be happy about this win because he has finally got his second win since he took charge of the Arsenal team.