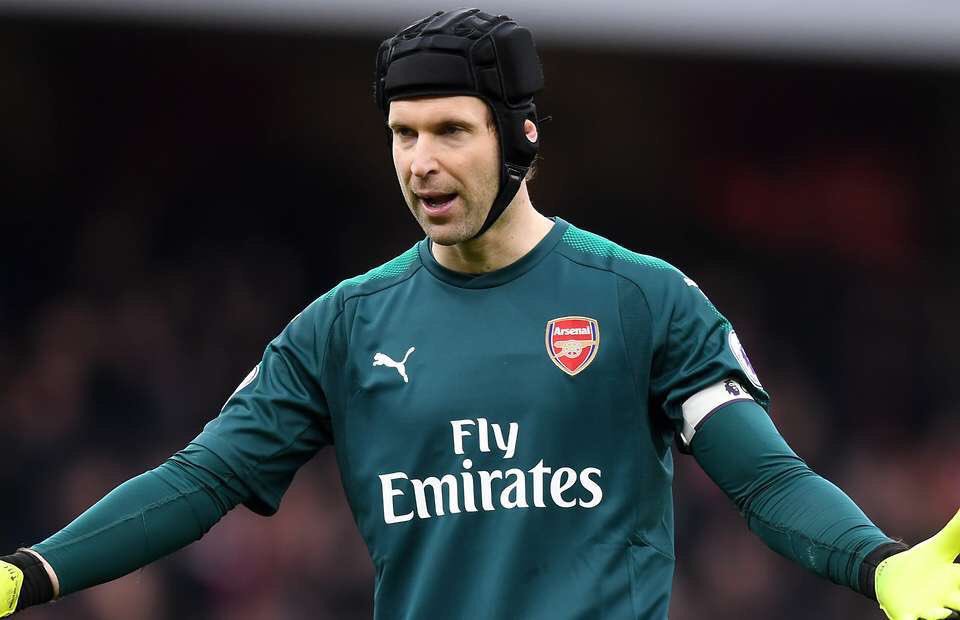 Arsenal goalkeeper Petr Cech has been linked with a move back to Chelsea this summer transfer window with most reports claiming that he wants to go back to the Stamford Bridge because he is worried he won’t get picked up by Unai Emery in the upcoming season.

Petr Cech is now with the rest of the Arsenal squad as they get ready for the upcoming pre-season games against Atletico Madrid and Paris Saint Germain, the Czech Republican international was asked about his future since he has been linked with a move away from the Emirates Stadium in the last few days.

“I have a contract with Arsenal. I am concentrating on this season, on the competition between the goalkeepers because we have plenty of options.” he told the Arsenal press.

“I’m doing my best to show to the manager that I can be in the starting lineup when the season starts. That’s my aim and as for the speculation, I don’t really follow it”

The Czech Republican international seems ready to fight for his position at Arsenal even though he has less support of being Unai Emery’s first choice goalkeeper next season because even the fans believe that he was awful last season and that was among the reasons why the finished sixth on the Premier League table.

Petr Cech has continually been saying that he hopes to leave the North Londoners when they have won the Premier League and the goalkeeper will be hoping to finally make his dream come true starting August because it will likely be his last season at the Emirates Stadium because he is old.

Related Topics:ArsenalPetr Cech
Up Next