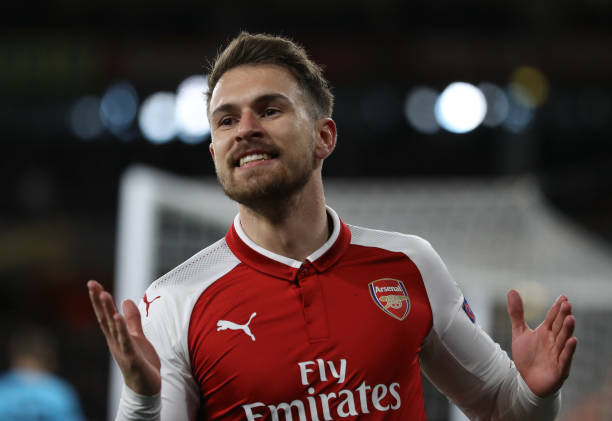 The 27-year-old’s current contract will expire at the end of the 2018/19 season and if he fails to sign a new deal it might end up to be a similar case as that of Jack Wilshere who left the Gunners about two weeks ago for West Ham United on a free transfer but the new Arsenal coach Unai Emery is doing all he can to make sure that the midfielder stays at the Emirates Stadium because he wants to build his team around him.

The Daily Star claims that the gunners have offered Aaron Ramsey a new five-year contract and are still waiting to hear what the player will say about the contents in it but he however also does know that Unai Emery wants him at Arsenal so the midfielder might take this opportunity to make big demands from the club.

Aaron Ramsey was among Arsenal’s top performers last season and the midfielder hasn’t been linked with many clubs this summer which shows that the player hasn’t told his agent to have any negotiations with any club.

The Welsh international was among Arsene Wenger’s favorite players in the last five years and it now seems that Unai Emery is also prioritizing him over other players.