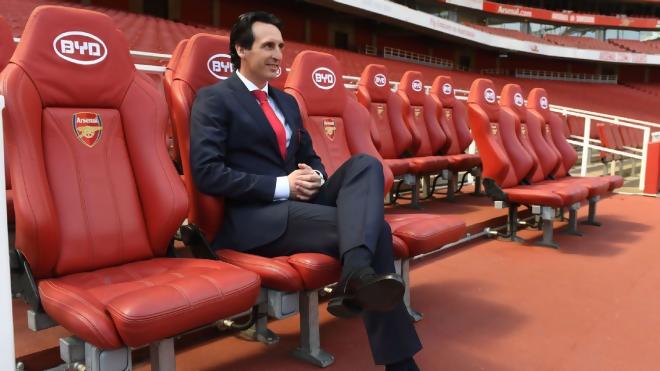 Arsenal has released the squad that will be travelling to Singapore on Sunday to play the International Champions Cup which is a pre-season competition.

Unai Emery has decided to travel with a strong squad because he will be hoping to try the possible lineups which he can use in the upcoming season but he however also included in some youngsters.

ARSENAL SQUAD TO TRAVEL TO SINGAPORE

Arsenal fans will only be able to see only three of their five signings in their pre-season tour in Singapore because both Lucas Torreira and Stephan Lichtsteiner because they took part in the FIFA World Cup so they will need a break.

Unai Emery And The Arsenal Squad Travel To Singapore

Oliver Giroud: Mesut Ozil Used To Tease Me In Training At Arsenal