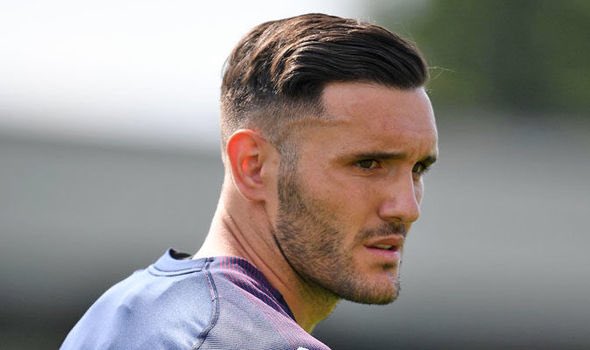 Arsenal striker Lucas Perez is being linked with a move away from the Emirates Stadium and Italian side Lazio is interested in the Spanish international who looks not to have any chance of getting regular playing time next season at the North London club.

It is said that Lazio is interested in the striker and a report by talkSPORT says that the gunners have told the Italian side that they will want £7million for the player because Unai Emery might consider getting another replacement for the forward because he will be hoping to have alternatives if his first choice strikers get injured in the middle of the season.

There has been reports that Unai Emery wants Lucas Perez to stay at the Emirates Stadium because he hopes to use him in the upcoming season and the rumours also said that the Spanish manager favoured the former Deportivo star over Alexandre Lacazette but the pre-season matches showed thatEmery had the idea of using both, Lacazette and Aubameyang together upfront next season.

Lucas Perez arrived at the Emirates Stadium in the 2016 summer transfer window but his first season at the North London was very disappointing because he didn’t score many goals as expected but most blame was put on Arsene Wenger for not giving the striker enough chances in the Premier League.

Lazio will be hoping that Lucas Perez accepts to leave Arsenal this summer because the player’s agent said that his client is still committed to the gunners last month but the player might have a change of heart after their pre-season tour because he failed to make an impact in all of Unai Emery’s first three matches.

Lucas Perez was loaned  to Deportivo last season and the striker just returned at the club this summer, and he has been with the rest of the Arsenal squad in their pre-season training as they get ready for the upcoming season which starts in August.