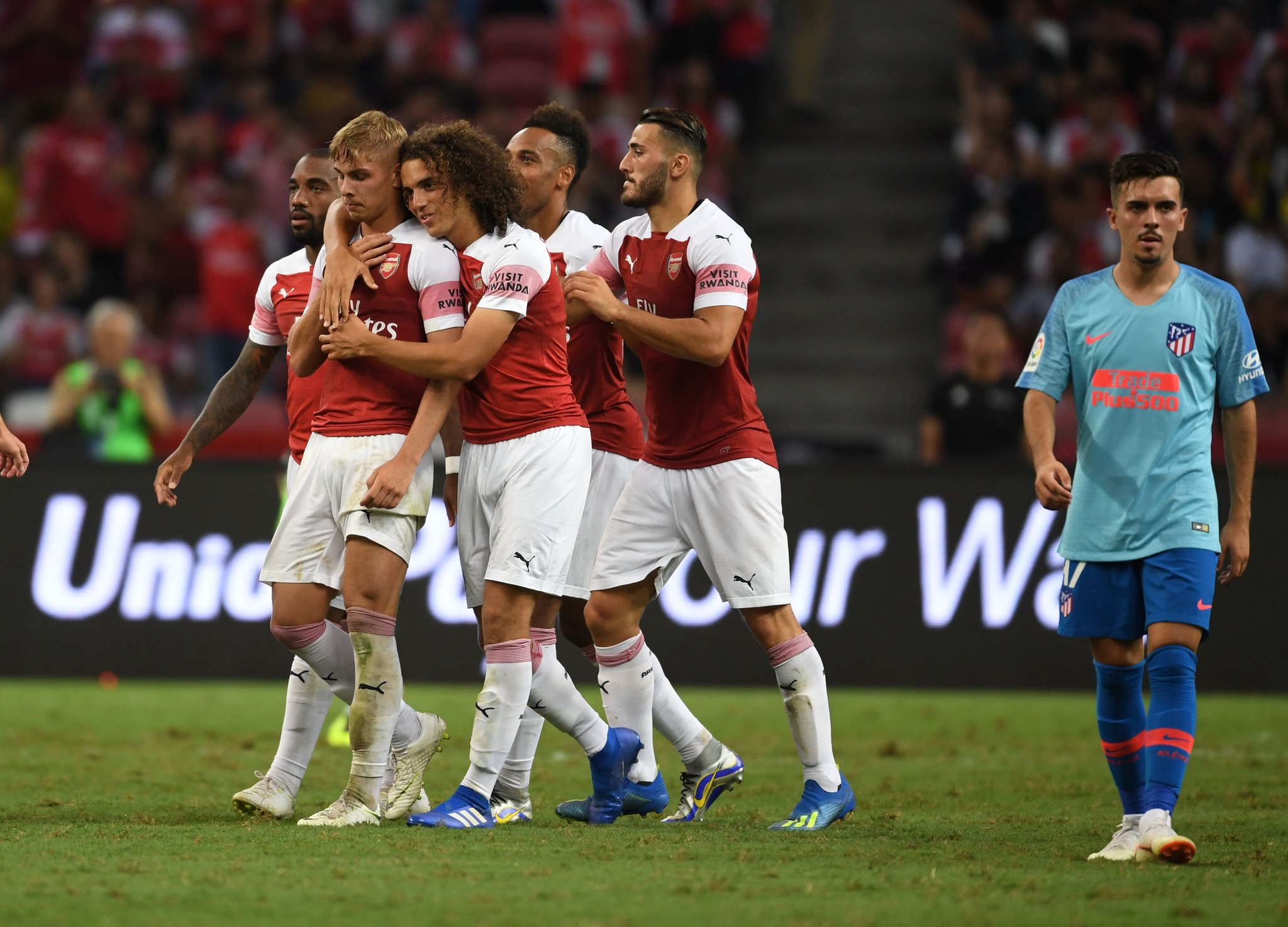 Arsenal played its first match of the International Champions Cup today when they faced off against Spanish club Atletico Madrid but they lost the match to penalties as their youngsters proved not to be good at taking penalties.

Today’s match was Unai Emery’s second match since he took charge of the North Londoners in May after the departure of Arsene Wenger but the Spanish manager will go back to the hotel tonight with a sad face because it’s his first loss at his new club even though the score was 1-1 at 90 minutes.

The match started off well with the gunners having a 50% possession of the ball and they had a few decent chances with new Arsenal players like Matteo Guendouzi impressing but they conceded right before halftime after Atletico Madrid scored through a header hence the gunners going to the dressing room with one goal down.

Unai Emery made just one change at the start of second half as Petr Cech replaced Arsenal’s new goalkeeper Bernd Leno and the gunners didn’t take long to get an equalizer as they scored after Emile Smith Rowe scored through a stunning shot to make it 1-1.

Both teams now searched for a winning goal but couldn’t get one and Unai Emery however changed his attacking players as he made 8 changes in the second half, so the gunners defended in the last minutes of the game as the match went to penalties.