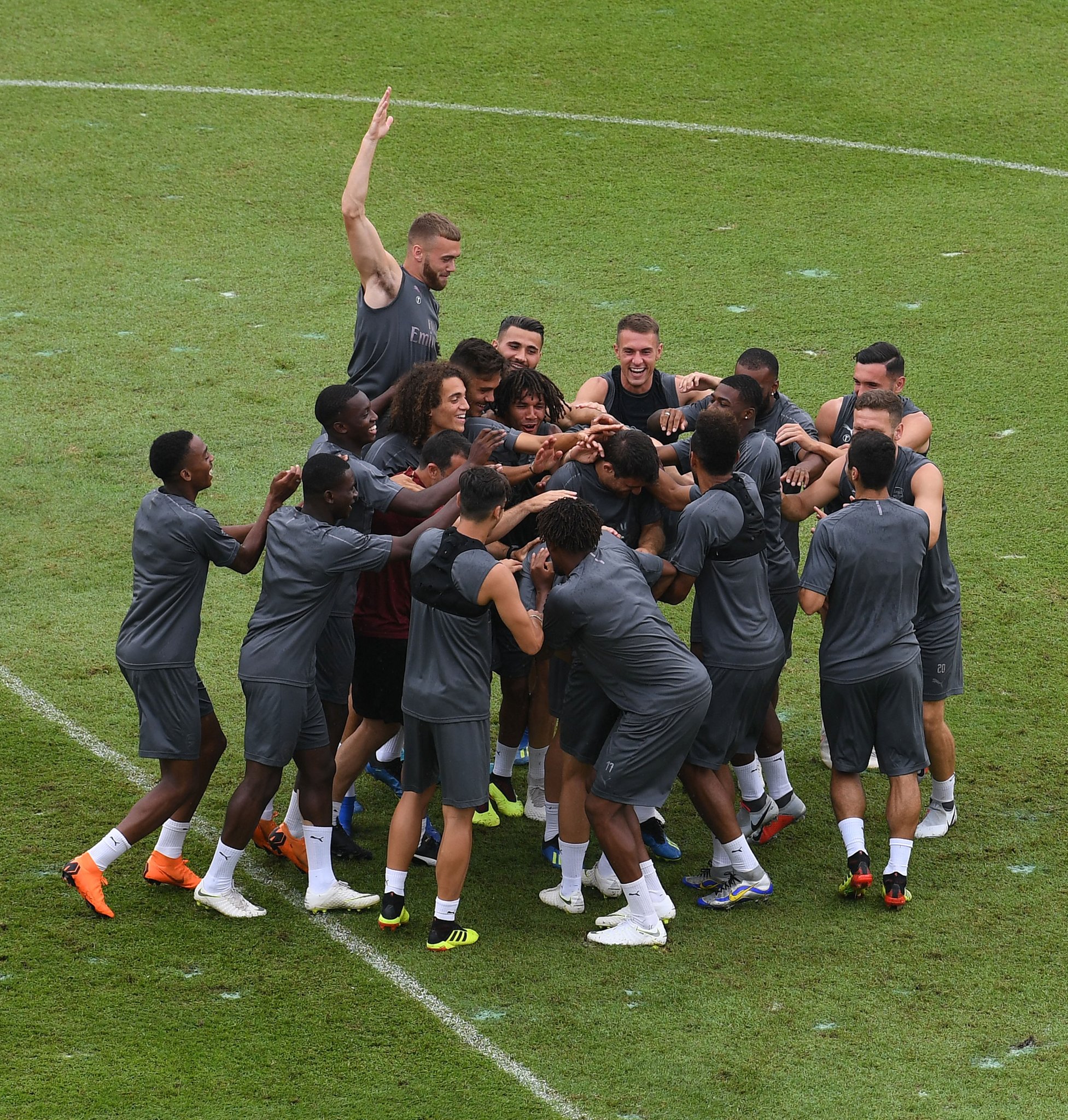 The Pre-Season trophy, the International Champions Cup kicks off today as Arsenal takes on Spanish side Atletico Madrid at the Singapore National Stadium.

Both teams come into this match well knowing that it’s just a friendly match but it’s however something different for Arsenal fans because they will be hoping to use their matches in the International Champions Cup as a way to check whether Unai Emery has made a significant change in the Arsenal squad.

Atletico Madrid’s manager Diego Simeone will also be hoping to see how his club will perform today because they will be facing against the gunners who are a top English club and he is also expected to bring out a strong lineup despite being a friendly match.

Unai Emery has been having players do many extra tasks in training over the last few weeks as he has claimed that he wants every player to be in good shape because he will want a squad that can press opponents including even the strikers because he wants them to always recover the ball when they have lost it.

Arsenal fans will be hoping to see that system in action today because their match against Boreham Wood was not that interesting to them because they know that they faced a weak team but a win against Atletico Madrid will be something huge for them.