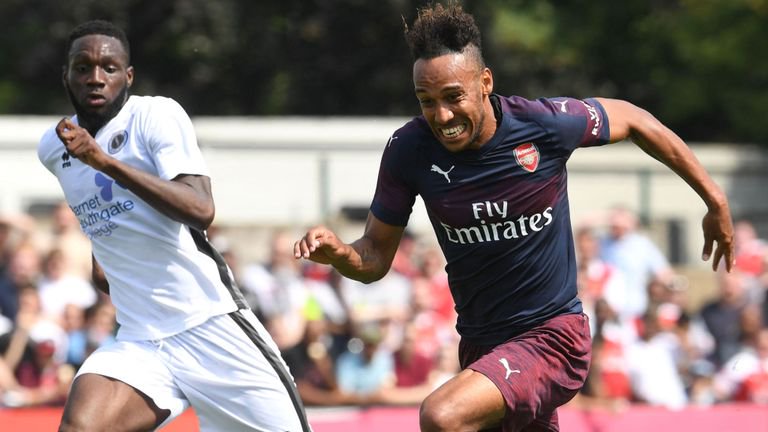 Aubameyang started Arsenal’s first pre-season match against Boreham Wood and he scored a hatrick in just seventeen minutes in the first half and the gunners ended up winning the game 8 goals to nil.

The Arsenal striker will be happy with the performance which he showed in the first half because he showed new gunners boss Unai Emery what he’s capable of ahead of the upcoming season which starts off in August, which is just a few weeks from now.

Aubameyang was signed by Arsene Wenger in the January transfer window this year and the striker has proved to be worth the money which the gunners paid for him because he scored many goals last season even though he had spent just a few months at the club.

The 2018/19 season will be Aubameyang’s first full season at the Emirates Stadium and the Arsenal fans can’t wait to see him in action for the club.

Related Topics:ArsenalAubameyangBoreham Wood
Up Next