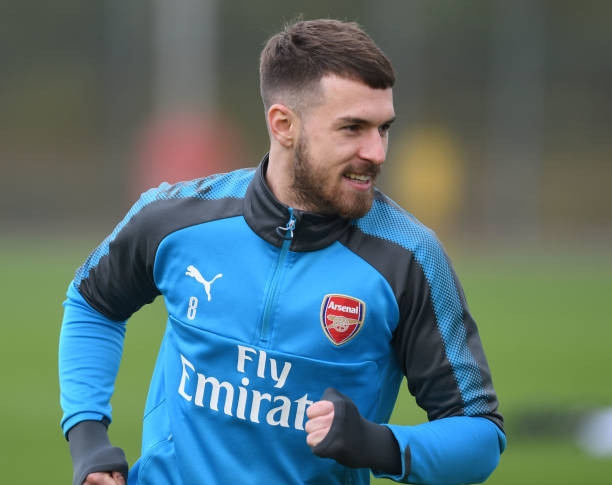 Arsenal have so far signed three players this summer but they will also have a challenge trying to keep their current players at the club like Aaron Ramsey whose contract at the Emirates Stadium will be expiring next year.

The Welsh international has reported back to training at Arsenal after the break but Daily Star claims that the midfielder is wanted by a number of clubs with Chelsea being the favourites to sign him this summer should he decide to leave the gunners.

Aaron Ramsey hasn’t opened up on how far negotiations with Arsenal on offering him a new deal have reached and neither has the club disclosed that they will draft him a new contract any time soon, the gunners are likely to go into the same dilemma they faced last season as they begged Alexis Sanchez to stay at the club as he looked set to finish off his contract without renewing it.

Chelsea and Arsenal didn’t used to do business in the past but they sold Olivier Giroud to the blues in the January transfer window so it wouldn’t be a surprise if the gunners let Aaron Ramsey go to the West Londoners. The blues would however need to put an amount of £50million if they want to sign Ramsey this summer because that’s what they requested from Barcelona when it was interested in the Arsenal midfielder.

Aaron Ramsey is said to be an important player in Unai Emery’s plans for the 2018/19 season because it was reported that the new Arsenal manager was hoping to build his squad around the 27-year-old.

Lucas Torreira To Complete Move To Arsenal Next Week

Cristian Pavon Finally Decides His Future Amidst Interest From Arsenal