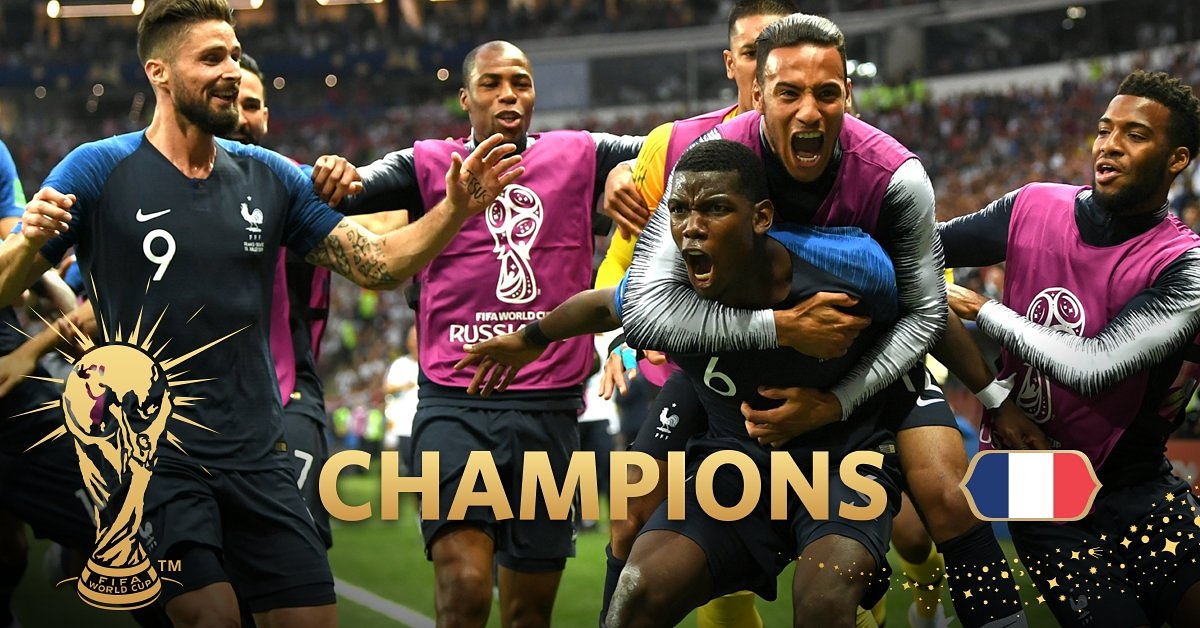 France has won the 2018 FIFA WORLD CUP after defeating Croatia 4-2 thanks to a great performance by the European country which wins the most respected competition in the football world.

The French national squads must now be overjoyed as they are now considered to be the strongest team in the world as they have won the World Cup and they today scored four goals to get past determined Croatia squad.

France started off the match with an early goal but Croatia equalised after just 10 minutes to make it 1-1 but the small country didn’t hold onto the lead as they conceded a penalty goal before halftime.

France later won the match 4-2 and are now World Champions and they have finally won the World Cup after 20 years, the last time they won it was in 2002 when they got top players like Zinedine Zidane.

Mesut Ozil Reacts On France’s Win Of The World Cup