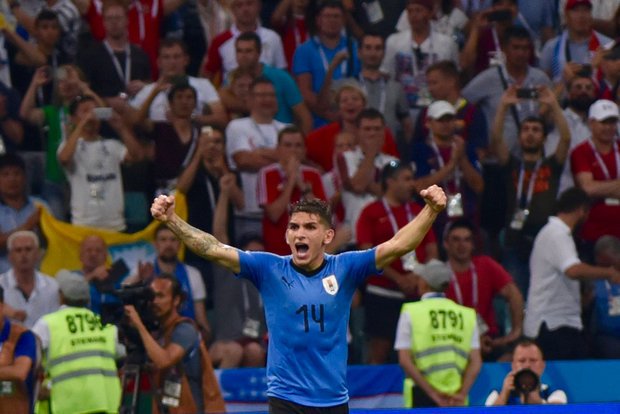 Lucas Torreira will be one of new manager Unai Emery’s most recent signings as the Premier League club surge their squad with capable players.

Stephan Lichtsteiner, Bernd Leno and Sokratis Papastathopoulos have all signed contracts at the Emirates Stadium.

Lucas Torreira is now away on World Cup duty with Uruguay and they will have a tough match against France soon, and the Arsenal supporters will be looking forward to watching it to see what to expect from him next season.

Provided that the outcome goes against the South Americans, it could prompt Torreira to complete his move to the Emirates Stadium earlier than everyone expected.

According to ESPN FC, Lucas Torreira will be undergoing a medical at Arsenal after his participation in the World Cup which won’t be ending soon since Uruguay are also among the favourites to win the World Cup.

Aaron Ramsey, Mohamed Elneny and Granit Xhaka are now Arsenal’s primary centre midfield alternatives for next season after the exit of Jack Wilshere.

Arsenal have until the transfer due date on August 9 to finish all their summer business.